Please note: You are now making an order on behalf of a user.
Home > Critters > Acropora Crab 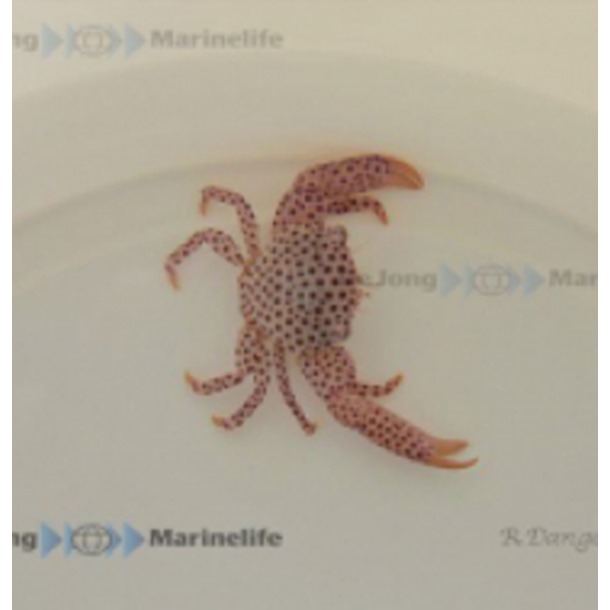 Reward Points
You will earn 24 Points
This Product is Available For Pre-order!
Acropora Crab also known as the Coral Crab, Trapezia crab, Pocillopora Crab will live in symbiosis in-between SPS coral branches feeding on detritus and coral mucus and defending there host coral from would be coral predators.
Calculator
Livestock
Livestock arrives in and out of stock very regularly, depending upon availability of the item from the source. The more rare and expensive items are often difficult to hold in stock, and can take time to source, so we generally require a deposit to locate and purchase the extremely rare items

The Acropora Crab is a small commensal crab which lives its whole life within the branches of Pocillopora and Acropora Corals if no Pocilloporid corals are available, aiding in the proper water flow between the branches to keep these areas clean. In a symbiotic relationship with its host coral, the Acropora Crab is thought to feed on particulates trapped by the coral polyps, fallen detritus, and the coral's secreted mucus. In turn, the crabs guard the coral from invaders and fend off predators.

The importance of the Acropora Crab's role within a larger reef ecosystem is just now being recognized. Previously considered by hobbyists to be a coral "pest," the Acropora Crab may actually improve your success with SPS husbandry. Since the crabs constantly clean and defend their hosts, corals hosting Trapezia sp. have higher survival rates and stronger growth.

In the home aquarium, they may eat excess meaty food particles that lands on the coral, but won't need to be provided a staple diet. As an obligatory commensal coral crab, though, they will require a host for survival.