Please note: You are now making an order on behalf of a user.
Home > Critters > Anemone Shrimp 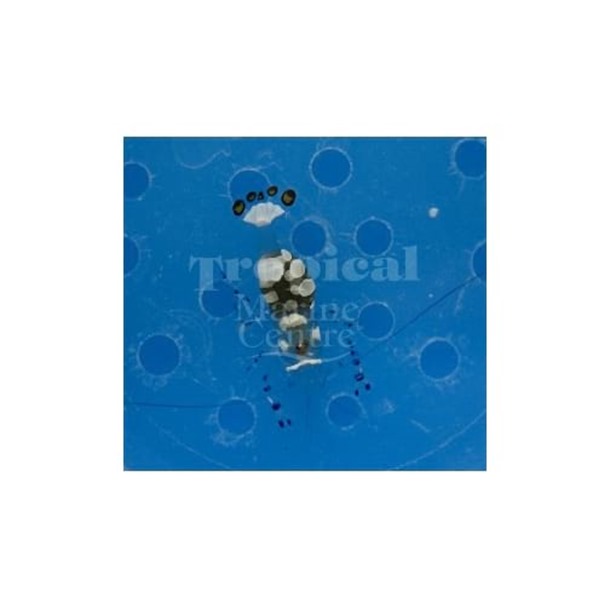 The Anemone Shrimp is sometimes difficult to see within its host anemone, its transparent body has several white spots irregularly spread over its carapace and tail, which helps it to blend in with the tentacles of the anemone. Another distinctive marking of its species are the five black-edged orange spots on its caudal fin.

The Anemone Shrimp will do best in a tank with anemones or sea cucumbers that can serve as a host. The shrimp will generally stay close to its host anemone or sea cucumber. If it does not see any larger fish nearby, it will sometimes venture out and forage for food. Otherwise, it shares its food with the anemone. It is protected from the stinging cells of the anemone by the mucus secreted by the anemone, which coats the shrimp's body.

Every time the shrimp molts to grow, it has to hide from the anemone since it loses its mucus-covered shell. It then has to slowly approach the anemone and re-cover its body with the mucus.

If there are several Anemone Shrimp in the aquarium, the males will tend to have more white spots and be larger than the females. In the aquarium, it will eat most meat or fish-based diets.