Please note: You are now making an order on behalf of a user.
Home > Critters > Camel Shrimp 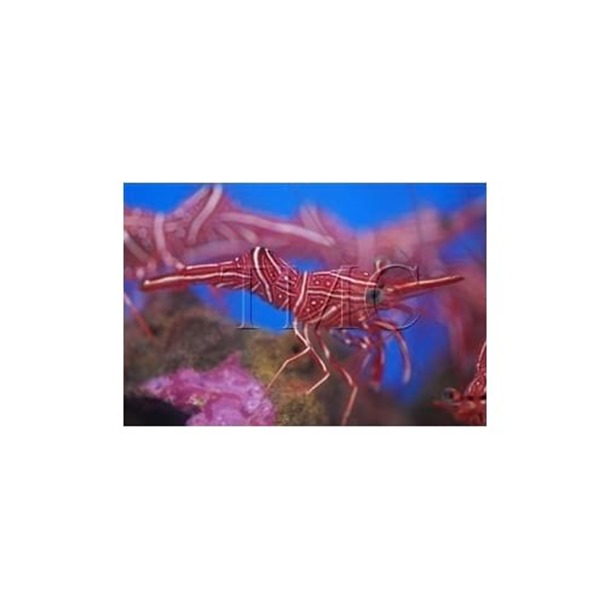 Reward Points
You will earn 14 Points
This Product is Available For Pre-order!
Camel Shrimp also known as the Camelback Shrimp, Hinge-beak Shrimp, Candy Shrimp or Dancing Shrimp are attractive with bright white stripes and spots surrounded by red lines, however they cannot be trusted in an aquarium with coral polyps.
Calculator
Livestock
Livestock arrives in and out of stock very regularly, depending upon availability of the item from the source. The more rare and expensive items are often difficult to hold in stock, and can take time to source, so we generally require a deposit to locate and purchase the extremely rare items

The Camel Shrimp is distinguished by a moveable rostrum or beak that is usually angled upwards. The Camel Shrimp has a variable pattern of red and white stripes on its body. The males of its species tend to have larger chelipeds (claws) than the females. It prefers to congregate with other shrimp of its kind in rock crevasses, under overhangs, or in the coral rubble. It especially needs hiding places when it is molting.

They will usually tolerate other shrimp, but may nip at colonial anemones, mushroom corals, and soft leather corals. It generally leaves bubble coral and stinging anemones alone.