Please note: You are now making an order on behalf of a user.
Home > Critters > Caribbean Anemone 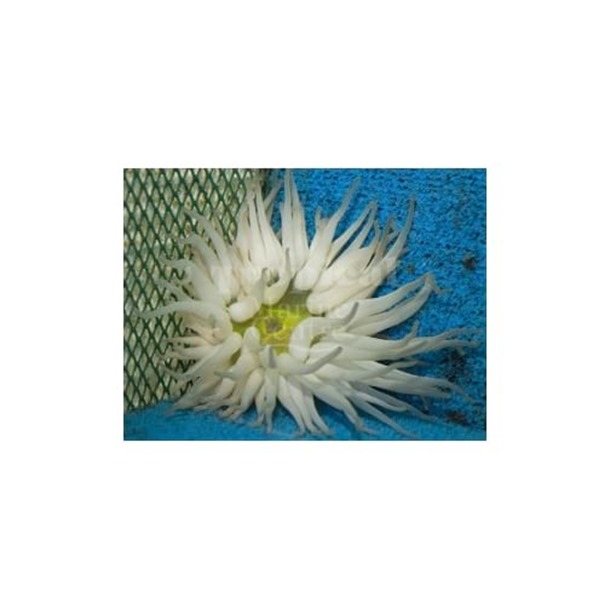 The Haitian Reef Anemone, also known as the Pink-Tip Condy, is found near Haiti, in lagoons or on inner reefs, as individuals, or loose groups. It is never found in connected clusters. It has a red column with long, tapering, pink-tipped tentacles. The tentacles may occasionally develop a bubble-like appearance. Generally it likes to bury the base in the sand or into the crevice of a rock for protection. Haitian Reef Anemones requires strong light and should be never be purchased if a good lighting system is not in place. It will do well in an aquarium with live rock and several crustaceans. Although Haitian Reef Anemones requires a reef style environment, they are not ideally suited for the reef aquarium containing corals. Haitian Reef Anemones move around the tank and have a sting that can inflict grave damage to other anemones and corals. Do not include its natural predator, the large Stareye Hermit Crab of the genus Dardanus. Unlike other anemones, the Haitian Reef Anemone does not have a relationship with any particular fish, and it is rare for any type of clownfish or damsel to reside within them. The diet should include feedings of fish, mussels, shrimp, or other foods of this type.