Please note: You are now making an order on behalf of a user.
Home > Critters > Emperor Sea Apple 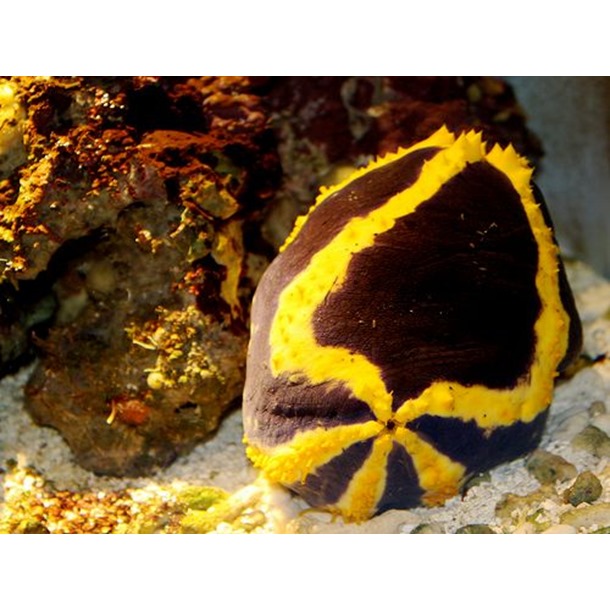 Reward Points
You will earn 139 Points
This Product is Available For Pre-order!
Emperor Sea Apple also known as the Golden Sea Apple are beautifully coloured filter feeders requiring plenty of flow and phytoplankton food.
Calculator
Livestock
Livestock arrives in and out of stock very regularly, depending upon availability of the item from the source. The more rare and expensive items are often difficult to hold in stock, and can take time to source, so we generally require a deposit to locate and purchase the extremely rare items

The body of the Emperor Sea Apple, is light to dark purple to blue, and it has yellow feet. The tentacles are violet with yellow tips. This a beautiful species that will add a new dimension of colour to the reef aquarium. It prefers an established reef aquarium with room to move about, and large amounts of live rock from which it receives a majority of its food.

Once it finds a favorable location, usually in a high current area, the Sea Apple will generally stay there. Protect all intakes on pumps and power heads, to eliminate any possibility of being sucked in. It is very sensitive to high levels of copper-based medications. Sudden changes in pH or salinity can cause it to shed its oral tentacles. Do not house these Sea Apples in an aquarium that contains any fish that may pick on its tentacles. Generally, any fish that is prone to pick on feather dusters, will pick on the tentacles of the Emperor Sea Apple. These fish include; Butterflyfish, Large Angels, and any species that is listed not safe with invertebrates.