Please note: You are now making an order on behalf of a user.
Home > Critters > Midnight Feather Worm 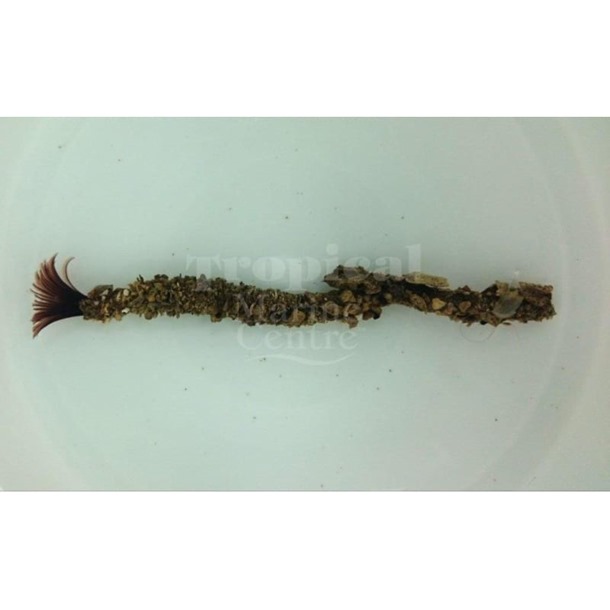 Reward Points
You will earn 18 Points
This Product is Available For Pre-order!

Midnight Feather Duster Worm has a fan-shaped crown or radiole that is rich deep purple colour.

The Midnight Feather Duster uses the radiole to filter out small floating organisms, which it directs toward its mouth, located at the center of the crown. It protects its segmented body by secreting a parchment-like tube to cover itself attaching silt and gravel to its tube. When it is disturbed, it can quickly pull in its radiole into the tube. If it is severely stressed, it will discard its crown, growing it back later.

The Midnight Feather Duster is usually found in the coral rubble at the base of the reef aquarium, with some of the rubble being incorporated into its parchment-like tube.

It needs to be housed in a well-established reef system as it is dependent upon plankton for its diet. It is very intolerant of copper-based medications.

Supplemental feeding of phytoplankton and liquid organic foods should be provided.