Please note: You are now making an order on behalf of a user.
Home > Critters > Mimic Octopus 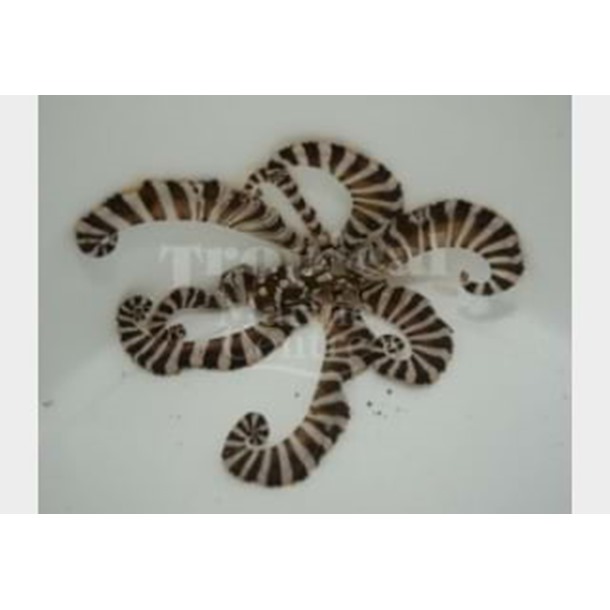 Reward Points
You will earn 240 Points
This Product is Available For Pre-order!
Banded Octopus, Wunderpus photogenic, Octopus zebra
Calculator
Livestock
Livestock arrives in and out of stock very regularly, depending upon availability of the item from the source. The more rare and expensive items are often difficult to hold in stock, and can take time to source, so we generally require a deposit to locate and purchase the extremely rare items

The Mimic Octopus has an average size of around 2 feet in length and its natural body color is beige to brown in color, however this creature is capable of imitating a host of other creatures. The Mimic Octopus is not poisonous but will display stripes of other poisonous creatures to discourage potential predators.

The Mimic Octopus can be very difficult to acclimate into a new environment. The Octopus is sensitive to high levels of nitrates and copper-based medications and strong lighting. Have plenty of secured live rock in the tank and seal all openings.