Please note: You are now making an order on behalf of a user.
Home > Critters > Orange Fan Sponge 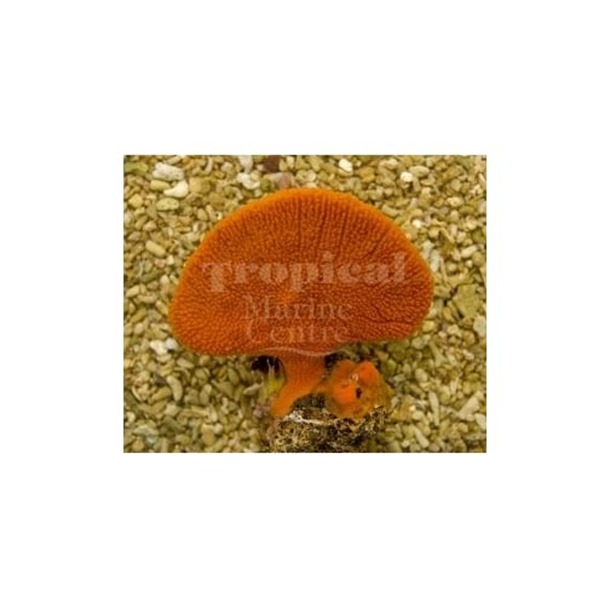 Reward Points
You will earn 100 Points
This Product is Available For Pre-order!
Orange Fan Sponge, Stylissa flabelliformis
Calculator
Livestock
Livestock arrives in and out of stock very regularly, depending upon availability of the item from the source. The more rare and expensive items are often difficult to hold in stock, and can take time to source, so we generally require a deposit to locate and purchase the extremely rare items

Natural Environment: Inhabits coastal rocky areas and usually found encrusting various substrates on rocky shelf areas where water currents are fairly swift, and is found with its flat side facing into the current. General Husbandry: Occasionally seen in the trade. This is a non-photosynthetic filter-feeding animal and requires shaded areas receiving excellent water movement. Requires at least one daily feeding of live and/or preserved commercial phytoplankton and zooplankton products, or that of animal and plant powders that produce suspended products in the bulk water. Even though it prefers somewhat nutrient rich surroundings, it will not tolerate alga growth. Generally, almost all sponges are difficult to maintain long term in captivity without special attention to their individual needs. And this beautiful species is no different and should be kept in systems designed to meet its needs, not simply as a colorful addition to a new reef tank or even that of a thriving reef system if its nutritional needs cannot be met. Occasionally stirring of the substrate/sediment/sandbed will also help small particulate matter (detritus) to enter the aquarium's bulk water, somewhat helping to provide some nourishment. Occasionally stirring of the substrate/sediment/sandbed will also help small particulate matter (detritus) to enter the aquarium's bulk water, somewhat helping to provide some nourishment. Unfortunately heavy feeding sometimes results in unwanted algae growths, therefore, increase filtration measures should be taken shortly after feedings if wanting to maintain most sponges in a healthy condition. Note: And finally, after noting several different identifications and places of origin for this species, asked two noted marine biologists and divers; Vincent B. Hargreaves and Julian Sprung for their thoughts as to its correct scientific name and origin. Dr. Hargreaves notes that he has personally seen this exact looking species in numerous dives around the Philippines, and its also available from the Maldives, and has identified it as noted above. He also mentions this species is easily confused with Clathria prolifera and Pseudaxinella durissima from Indonesia. He goes on to say that a similar looking sponge does not appear in the Tropical Atlantic. Julian mentioned he used the "Guide to Sponges in New Caledonia," which contained a photograph of it. However, he doubted the Clathria identification because he is familiar with other Clathria spp. Yet was unable to give me a definitive answer, other than to say that he doesn't believe this sponge is Clathria, nor does he think it is Stylissa. His guess is that it's probably a species of Axinella, but it may belong to the genus Reniochalina. I appreciate both for responding and even though more research is apparently needed, in the interim I'll choose Dr. Hargreaves identification since he has a more extensive background in the field. And as of 2017, World Register of Marine Species (WoRMS) has it listed as Stylissa flabelliformis, (Hentschel, 1912). Specimens can attain 12 inches (30 cm), and are sometimes found with a second lobe overlaying the first lobe.