Please note: You are now making an order on behalf of a user.
Home > Critters > Purple Ribbon Gorgonia 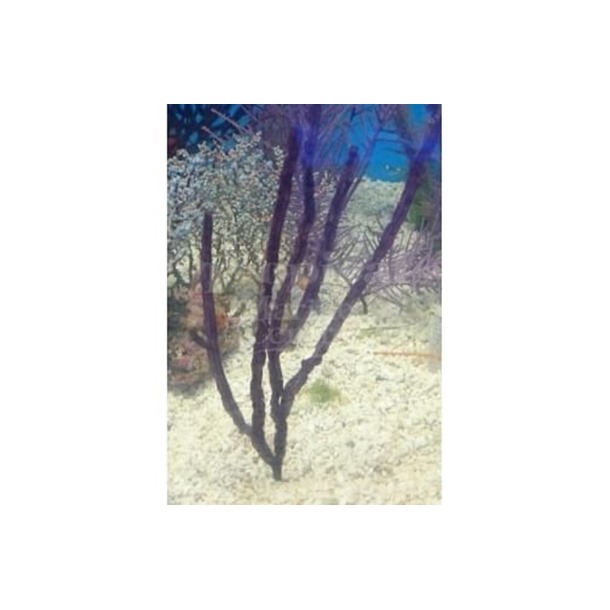 Reward Points
You will earn 30 Points
This Product is Available For Pre-order!

The Purple Ribbon Gorgonian is also referred to as Sea Whip, or Purple Sea Blade. It is a branching coral that is closely related to hard corals and predominately found in shallow waters. Its branches are flattened and blade-like, with polyps extending along the edges. Like other members of this family, it is photosynthetic. It is extremely difficult to identify its exact species unless it is examined under a microscope. Members of the Gorgonians, have rigid skeletal structures composed of a calcite and a hard protein called gorgonin. The Purple Ribbon Gorgonian is peaceful, but it should be given adequate space away from neighboring corals or anemones. Underwater epoxy is commonly used to anchor its base to a piece of live rock in the reef aquarium. It is difficult to maintain, but makes a rewarding addition to the well-established reef system. It requires medium to high lighting combined with a much stronger water flow than other members of its family. For continued good health, it will also require the addition of iodine, calcium, strontium, and other trace elements to the water. It relies on photosynthesis, but its diet should also include regular feedings of micro-plankton, live, baby brine shrimp, or foods designed for filter feeding invertebrates, in order to survive in the reef aquarium.