Please note: You are now making an order on behalf of a user.
Home > Critters > Red Starfish 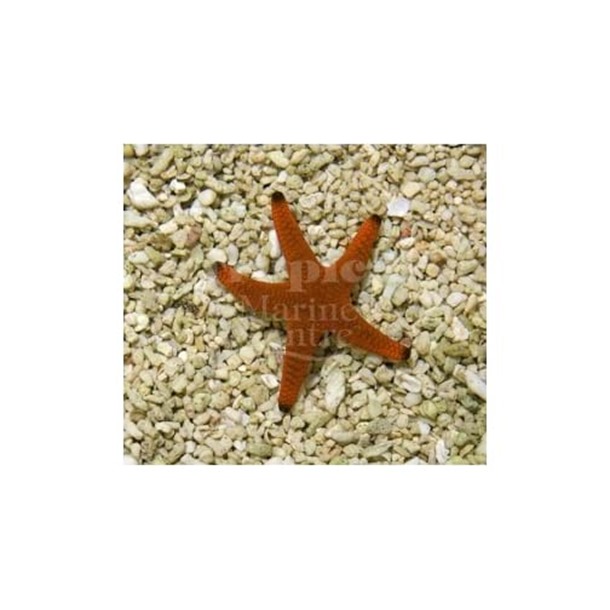 Red Starfish also known as the Indian Starfish are great scavengers for the reef aquarium.

The Red Starfish is one of the more common of the Fromia species. Their patterns and colours make them one of the more striking of all the starfish. The colouration of the Red Starfih range from a deep red to orange, and both the central disc and the arms are mottled in a lighter colouration to cream, giving them a marbled look. It is found over sandy substrates, on rocks, and sometimes climbing among corals and other invertebrates. It is constantly foraging for micro-organisms and detritus to eat, so the aquarium should have ample amounts of live rock. It generally lives alone, but if the aquarium is large enough to support more than one, it will tolerate others of its own species.

The Red Starfish is very intolerant of sudden changes in oxygen levels, salinity and pH of the water, and cannot tolerate copper-based medications. The drip acclimation method is highly recommended for all starfish due to their intolerability to changes in water chemistry. It should never be exposed to air while handling. It is recommended to supplement its diet with small pieces of shrimp, mussel, or pellet food.