Please note: You are now making an order on behalf of a user.
Home > Critters > Rusty Gorgonia 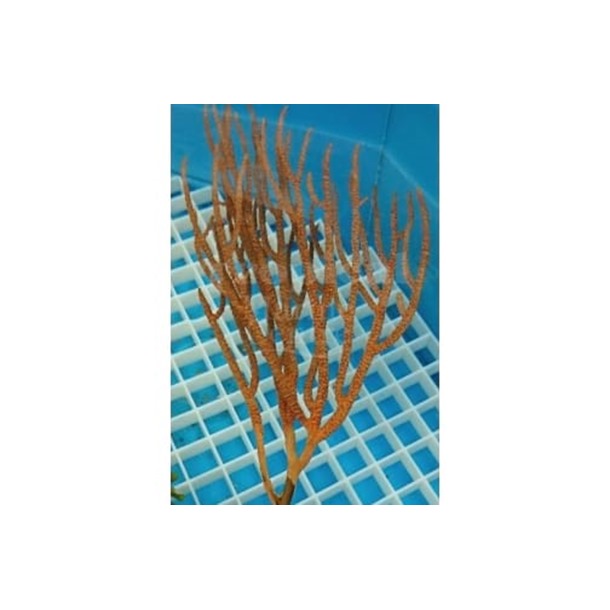 Reward Points
You will earn 100 Points
This Product is Available For Pre-order!
Rusty Gorgonia, Muricea sp
Calculator
Livestock
Livestock arrives in and out of stock very regularly, depending upon availability of the item from the source. The more rare and expensive items are often difficult to hold in stock, and can take time to source, so we generally require a deposit to locate and purchase the extremely rare items

The Rusty Gorgonian is common among the reefs of the Caribbean and grows in a vertical, tree-like fashion. The branches are yellow to brown in appearance and have a bumpy texture when the polyps are not expanded. The polyps of this gorgonian are very small and white, and are often expanded during the daytime. This gorgonian is hardier than many of its counterparts and will add to your reef aquarium’s diversity. The Rusty Gorgonian is peaceful, but it should be given adequate space away from neighboring corals or anemones. Underwater epoxy is commonly used to anchor its base to a piece of live rock in the reef aquarium. It is more challenging to maintain this species, as they require supplemental feeding several times per week. This gorgonian is photosynthetic and requires a moderate amount of light depending on the amount of filter feeding food that is available. It also requires a stronger water flow and the addition of iodine, calcium, strontium, and other trace elements to the water. In order to inhibit algae and cyanobacteria growth, it is important that this gorgonian is provided with a medium to strong, constant or intermittent water flow. If in the event that it does begin to become covered with algae or cyanobacteria, remove it from the coral immediately, as this will cause rapid tissue deterioration. Algae can be removed gently with the use of a soft brush; combat cyanobacteria by soaking the coral in freshwater of the same temperature for approximately 1 minute. The Rusty Gorgonian should be fed a few times a week with a filter feeding food. Provide a varied diet of live or frozen baby brine shrimp, Marine Snow, PhytoPlan and other suitable micro foods.