Please note: You are now making an order on behalf of a user.
Home > Critters > Sally Lightfoot Crab 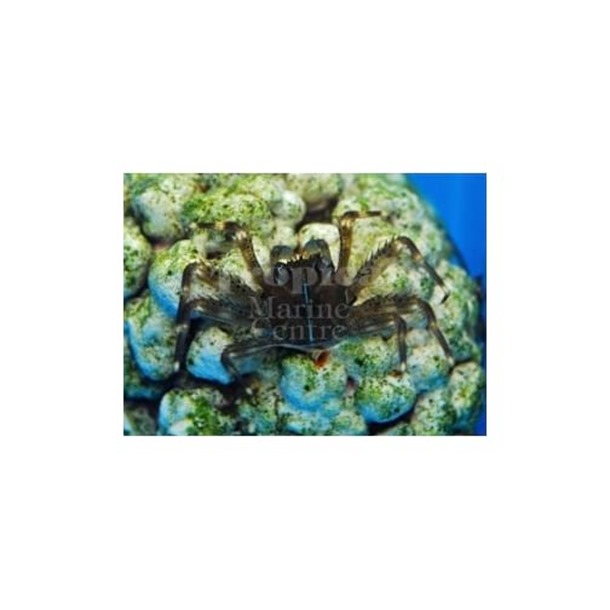 Reward Points
You will earn 22 Points
Select option:
Add to My Save List
Close

Sally Lightfoot also known as the Urchin Crab or Nimble Spray Crab can hide and scavenge for detritus and they will also eat algae growth.

The Sally Lightfoot Crab has a brown body, with orange to yellow rings on the legs. It actually belongs to a family of shore crabs, however, it is less likely than the other genera to go on land. Its carapace is very flat, which allows it to hide in small crevices within rock work.

It prefers a strong current and will require a large aquarium with large amounts of rock work where it can hide and scavenge for detritus, they will also eat algae. When large, it can become aggressive and catch and eat small invertebrates and fish. If insufficient algae is present, its diet may need to be supplemented with dried seaweed. chopped meaty foods should also be offered.