Please note: You are now making an order on behalf of a user.
Home > Critters > Scarlet Reef Lobster 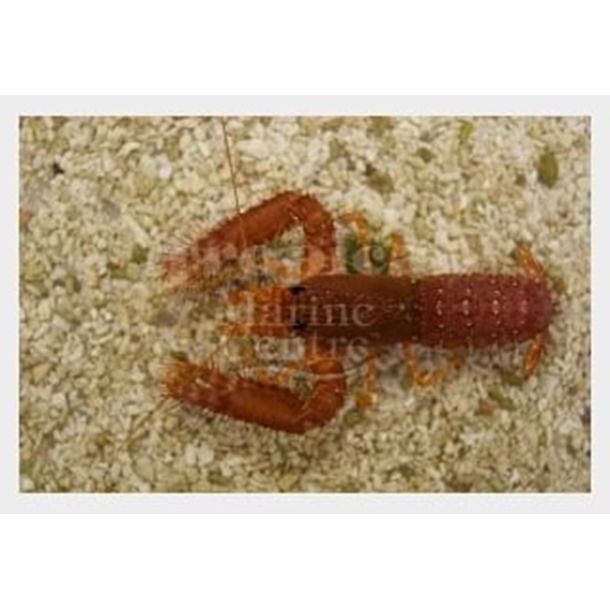 Reward Points
You will earn 29 Points
Select option:
This Product is Available For Pre-order!
Scarlet Reef Lobster or Red Reef Lobster are a colourful and hardy addition to a reef aquarium. They are excellent at scavenging waste foods.
Calculator
Livestock
Livestock arrives in and out of stock very regularly, depending upon availability of the item from the source. The more rare and expensive items are often difficult to hold in stock, and can take time to source, so we generally require a deposit to locate and purchase the extremely rare items

Scarlet Reef Lobster has elongated, flat appendages that are used mostly for show. Its body is a vivid red and with white spots over it.

While it prefers to roam at night, it will usually ignore sleeping Wrasses, but sometimes will bother invertebrates. It will need a good hiding place after it molts while it waits for its new exoskeleton to harden. The cave can be designed so that it can be seen during the day, but it will spend most of the daylight hours in its cave hiding from the light.

The Scarlet Reef Lobster prefers an aquarium with live rock so that it can roam over the surface looking for food. It is sensitive to high levels of copper-based medications.

All Reef Lobsters are very territorial and aggressive towards each other, so only one should be kept in an aquarium unless they are a bonded pair.