Please note: You are now making an order on behalf of a user.
Home > Critters > Squamosa Clam 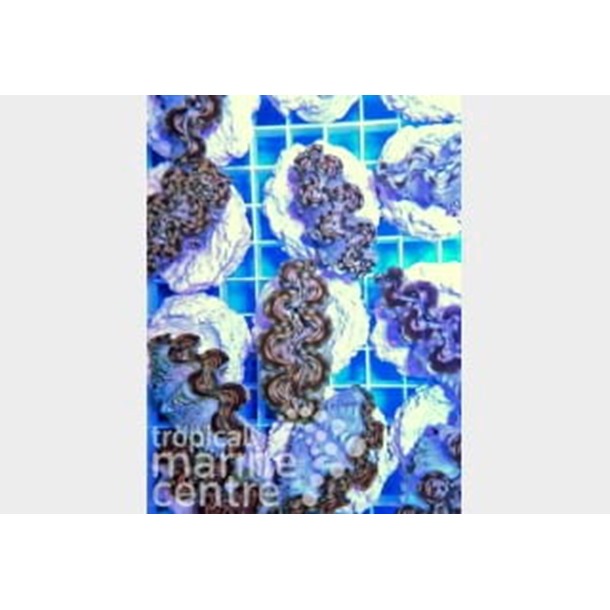 Reward Points
You will earn 100 Points
This Product is Available For Pre-order!
Squamosa, Scaly Giant, Fluted Clam
Calculator
Livestock
Livestock arrives in and out of stock very regularly, depending upon availability of the item from the source. The more rare and expensive items are often difficult to hold in stock, and can take time to source, so we generally require a deposit to locate and purchase the extremely rare items

The Squamosa Clam, Blue is also referred to as the Scaled Clam. Its species name squamosa is the Latin word for scale. The numerous rows of large scales over its entire shell are often used as shelter by other organisms, such as small crabs, other clams, and other invertebrates. The shell is symmetrical, and the matching growth pattern in its shell allows it to close together very tightly when it needs to. The Squamosa Clam is often found living amongst Acropora coral, anchored by its byssal filaments. It has a wide byssal opening and long tentacles surrounding its incurrent siphon. The Squamosa Clam can grow up to 12 inches or larger in the home aquarium. The Squamosa Clams require intense lighting to thrive as they contain the symbiotic algae called zooxanthellae, and receive the majority of their nutrition from the light through photosynthesis. Care should be taken to properly photo-adapt Squamosa Clams to the existing reef aquarium lighting in a similar manner to newly introduced stony and soft corals. When adapting a new Squamosa Clam to very intense lighting, it is ideal to set them on a small rock or in a plastic dish with coarse substrate at the bottom of the aquarium. Over time, the clam can then be slowly moved up higher in the aquarium. The Squamosa Clam relies heavily on the photosynthesis of the zooxanthellae cells growing in its mantle. However, all clams also require micro foods designed for filter feeders, especially when small. Offer phytoplankton and other micro-foods.