Please note: You are now making an order on behalf of a user.
Home > Critters > Tiger Cowrie 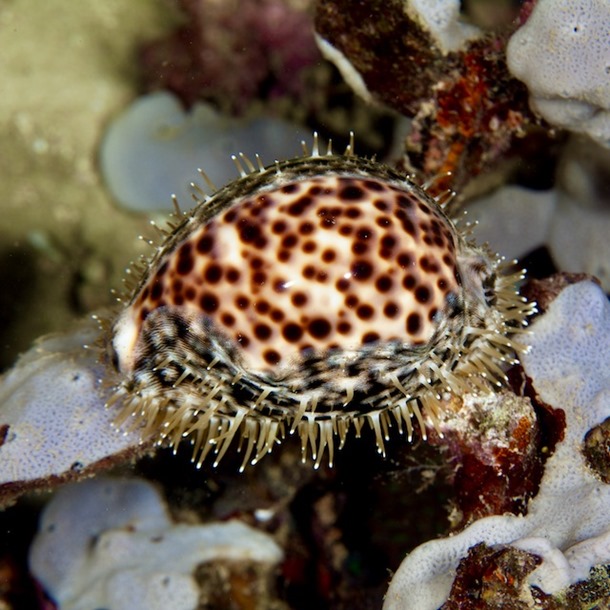 Reward Points
You will earn 28 Points
This Product is Available For Pre-order!

Tiger Cowrie it will graze on algae and scavenge on waste foods.

The Tiger Cowrie has an egg-shaped, spotted, glossy shell and is in high demand for the rock aquarium. While it does not have an operculum to shut when it retracts its mantle into its shell, the opening is lined with "threatening" tooth-like structures. Normally, the mantle will completely cover its shell unless it feels threatened. This helps it keep its lustrous white and brown mottled colouration, while its mantle will appear like a fingerprint of black and gray, with many short papillae over the surface.

In the wild, it can be found under rocks or resting on soft corals during the day, foraging for food mostly at night. The Tiger Cowrie prefers a rock aquarium with hiding places. While small, it will eat some algae and scavenge on waste food, as an adult some have been reported to feed on some soft corals and sponges.

They will need low nitrate levels and will not tolerate copper-based medications.

The diet of a large Tiger Cowrie should be supplemented with pieces of fish and mussel.