Please note: You are now making an order on behalf of a user.
Home > Critters > Tiger Serpent Starfish 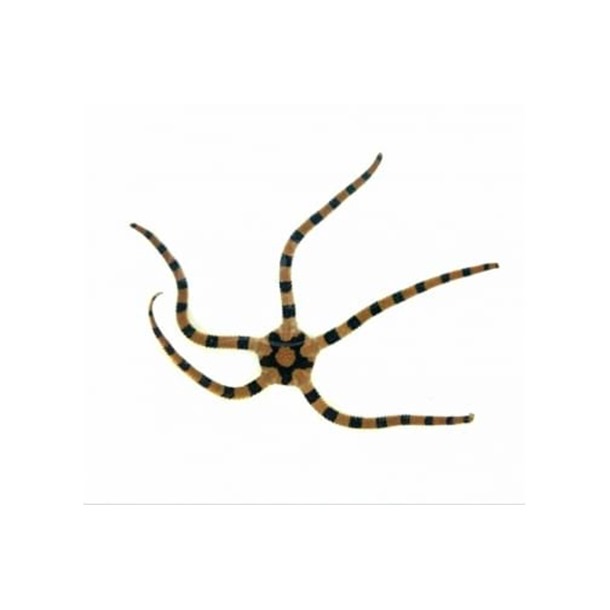 Reward Points
You will earn 25 Points
This Product is Available For Pre-order!

The Tiger Serpent Starfish has a sleek physical build and stark coloration. In fact, unlike many starfish common to home aquariums, Ophiolepsis superba has long, almost spindly arms that radiate from its central disc. But what this starfish lacks in arm girth, it more than makes up for in color form and appetite. In fact, the bands of brown and red that dress the Tiger Serpent Starfish arms give this member of the Ophiuridae family a unique beauty. Plus, this voracious carnivore can make quick work of any uneaten meaty food it finds fallen throughout your aquarium.

In the home aquarium, they requires ample hiding places and plenty of room to roam.  Even though the Tiger Serpent Starfish is a nocturnal animal, it may eventually learn to come out during the day to eat. It will become sluggish if the nitrate levels are too high. The Tiger Serpent Starfish should be fed small pieces of chopped meat, shrimp, mussel, or fish. Like other invertebrates, the Tiger Serpent Starfish is very intolerant of sudden changes in oxygen levels, salinity and pH of the water, and cannot tolerate copper-based medications. The drip acclimation method is highly recommended for all starfish due to their intolerance to changes in water chemistry.

The Tiger Serpent Starfish should never be exposed to air while handling. 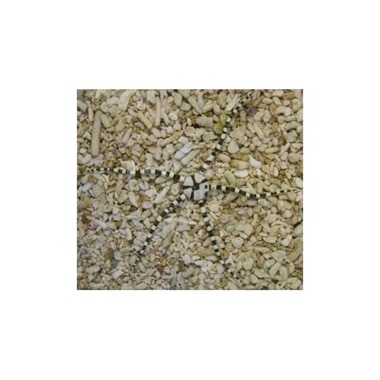