Please note: You are now making an order on behalf of a user.
Home > Critters > White Spot Urchin 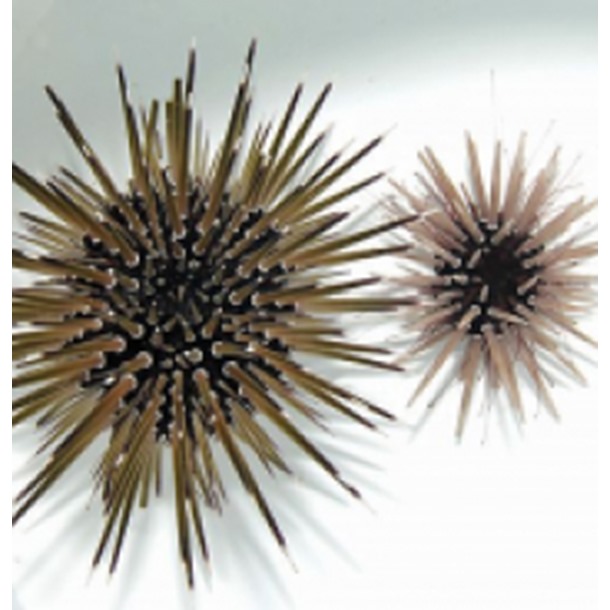 Reward Points
You will earn 19 Points
Select option:
Add to My Save List
Close

White Spot Urchin will hide in caves during the day, though it may make a burrow in thick substrates then at night, they come out to graze on algae.

The White Spot Urchin has an oval to round black body covered with hundreds of uniform, grey-brown spines. Typically found in the back reef, this night-dwelling algae cleaner is known to burrow small niches in carbonatic rocks to hide. The White Spot Urchin requires ample hiding places and sufficient room in which to forage in the home aquarium. It generally hides in caves during the day, though it may make a burrow in thick substrates. At night, it comes out to graze on algae, moving about by its suctorial podia that are aligned in five doubled rows.

The aquarium should include large amounts of live rock on which it can graze. Rock formations need to be stable and able to withstand the burrowing movement of the Urchin wedging itself in crevices. White Spot Urchins are generally solitary, but will tolerate others of its own kind.

If there is insufficient algae for it to graze on, the diet should be supplemented with dried seaweed. If no food is available they may take to feeding on coral tissue.