Please note: You are now making an order on behalf of a user.
Home > Enrichments > Brightwell AngeLixir 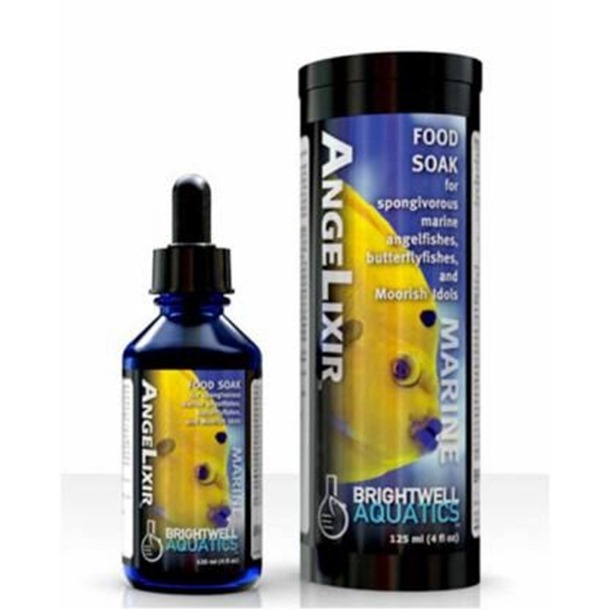 Quicker checkout
Auto-fill details
Overall better experience
Brightwell AngeLixir 125ml Free-Form Amino Acid Food Soak for Spongivorous Marine Fishes
Calculator
Livestock
Livestock arrives in and out of stock very regularly, depending upon availability of the item from the source. The more rare and expensive items are often difficult to hold in stock, and can take time to source, so we generally require a deposit to locate and purchase the extremely rare items

Complex of free-form amino acids in the same ratios found within tissues of sponges. Utilises natural attractants and marine-derived proteins to improve feeding response and increases the protein percentage of fish foods, respectively. Beneficial to all fishes whose diets are in large part composed of sponges, including angelfishes, butterflyfishes, Moorish Idols, and their respective allies.

When placing a fish into an unfamiliar aquarium environment, the first 7 - 10 days can be a critical period: depending on the method of capture and time in transit, and perhaps most importantly the feeding requirements of the species in question, some fish may refuse to eat for several days, during which time their energy reserves are depleted and chances of contracting the illness are increased.

It is therefore of vital importance to get the fish eating an appropriate food as soon as possible. Some species are more problematic in this regard than others; within the former group, various species of angelfishes, butterflyfishes, and the Moorish Idol are of particular note.

AngeLixir is not meant to be a substitute for proper husbandry, or for making ethical decisions regarding the feasibility of maintaining spongivorous species in captivity; it is, however, an effective means of improving food palatability and nutrition, and increasing the chances of all fish species’ acceptance of unfamiliar foods.