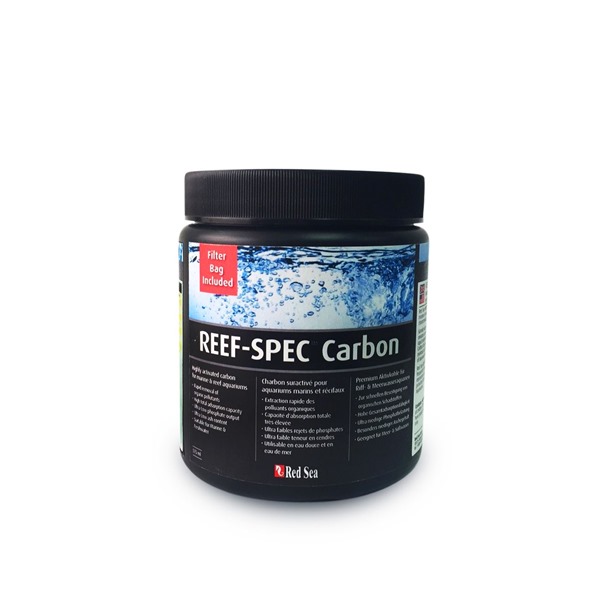 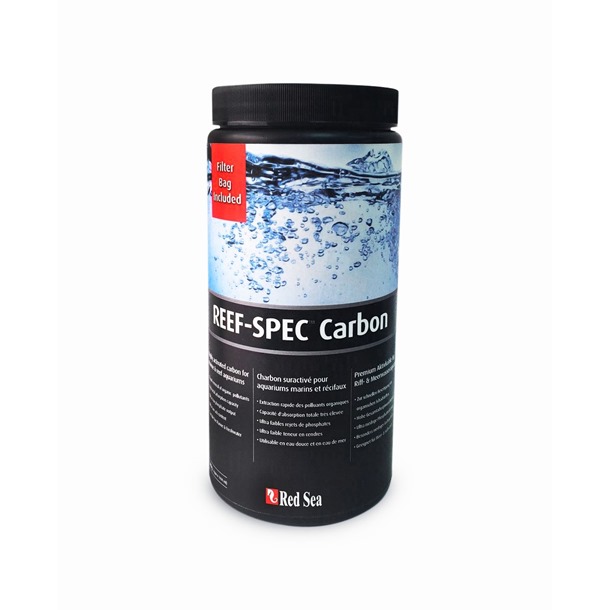 Reward Points
You will earn 12 Points
Select option:
Add to My Save List
Close

Red Sea REEF-SPEC Carbon is the ultimate choice for marine & reef aquariums due to its unique technical characteristics.

There are organic pollutants that can only be removed from reef aquarium water by active Carbon. The reef aquarium is a closed artificial ecosystem where living creatures continually produce organic waste consisting of proteins, fats, carbohydrates, organic acids and phenols. If allowed to decompose the organics will fuel the activity of many unwanted microorganisms in the aquarium, increasing the total oxygen demand (BOD, COD) which will cause a reduction in Redox potential, as well as causing excessive production of CO2 by bacterial respiration, which will reduce pH.