Please note: You are now making an order on behalf of a user.
Home > LPS Corals > Orange Sun Coral 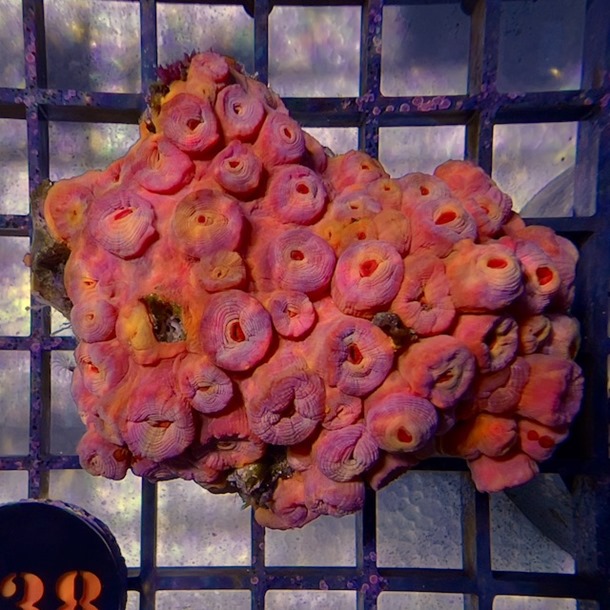 Reward Points
You will earn 78 Points
This Product is Available For Pre-order!

The Sun Coral is a large polyp stony coral genus name, Tubastraea, is derived from the Latin words tubus (tube) and astron (star), describing its skeletal structure which is tubular, with stars at the tip of each tube. The center skeleton is round with the tubes branching off in all directions. In the wild, it is often found on reef ledges or steep reef slopes.

The Orange Sun Coral can be quite fragile and must be handled with extra care. When placing in the aquarium, it must be picked up by its underside. It should have moderate to high water current combined with low lighting levels. It will also benefit from the addition of calcium, strontium, and other trace elements to the water. It is a hardy coral for the reef aquarium, but is classified as moderate because of the special care that it requires.

It is one of the few corals that does not contain a symbiotic algae, so it must be fed vitamin-enriched brine shrimp or micro-plankton from an eye dropper directly to each one of its polyps. It will usually only expand its polyps in the evening or when it is hungry.