Please note: You are now making an order on behalf of a user.
Home > Marine Fish > Armitage Angel Fish 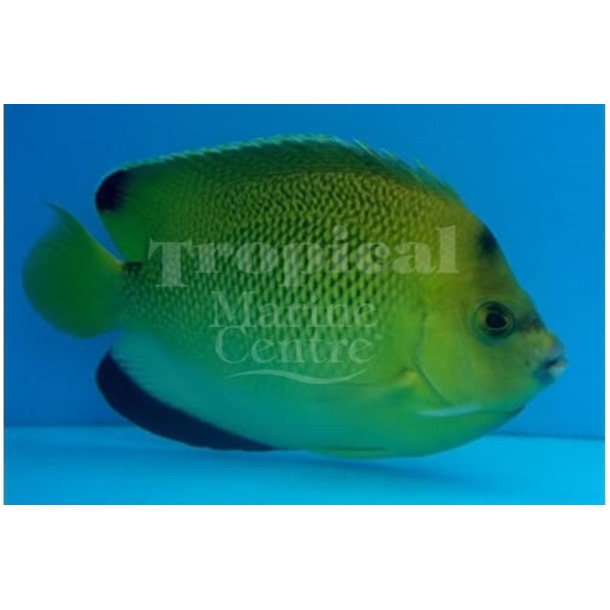 All of our livestock are only available for collection
Product Code: RNC-00406 Available To Order
Share it

Reward Points
You will earn 610 Points
Select option:
This Product is Available For Pre-order!

This hybrid morph known from the Maldives and Seychelles regions. It is moderately common in some parts of Maldives and usually seen at depths of about 20-30m. Although it appears to live solitary, it may be pairing or be part of a small group comprising itself, and one of the parent species. Finding a number of hybrid individuals together would be very rare. The hybrid form is identified by its yellowish colour, derived for A.trimaculatus, and the dusky head and black blotch on the soft rayed part of the dorsal fin.

The majority of this species occur on shallow reefs in coral, algae and sponge zones, most going little deeper than about 30m but  where conditions are pristine and water is very clear, many species go much deeper and few species only live deep (over 100m). The mouth is small and jaws are set with many small, usually tricuspid teeth that are used for grazing algae or scraping sponges and other sessile invertebrates. Few species combine their diet with a variety of foods and some are planktivores.