Please note: You are now making an order on behalf of a user.
Home > Marine Fish > Arrow Grouper 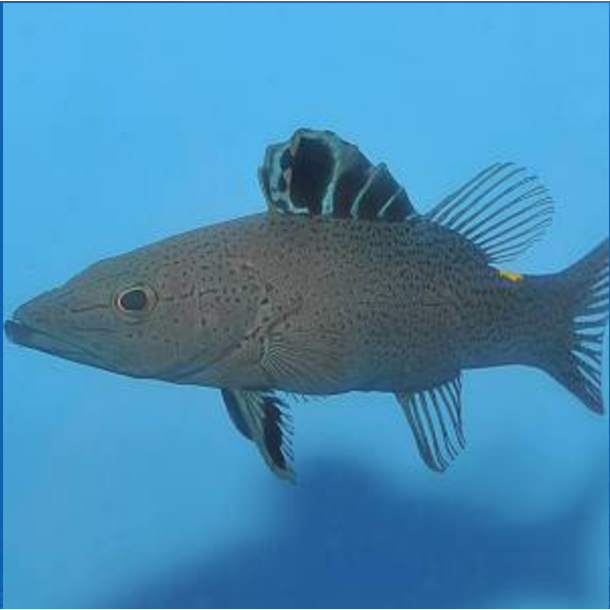 All of our livestock are only available for collection
Product Code: RNC-01152  Available To Order
Share it

Arrow Grouper also known as the Arrowhead Grouper, Arrowhead Soapfish or Chabanaud's Soapfish are found from East Africa to Samoa, north to the Ryukyu Islands, south to New Caledonia.

The Arrow Grouper will feed on Live Feeder Shrimp, but can be difficult to switch to prepared foods such as frozen lance fish or krill. It is best to aquascape the aquarium with plenty of caves and live rock overhangs under which it can hover.

They should be kept singly in the aquarium with other small grouper species preferring a dimly lit environment.

Caution: This species can produce the skin toxin grammistin, which when stressed or injured may kill the fish in the aquarium.