Please note: You are now making an order on behalf of a user.
Home > Marine Fish > Atlantic Spadefish 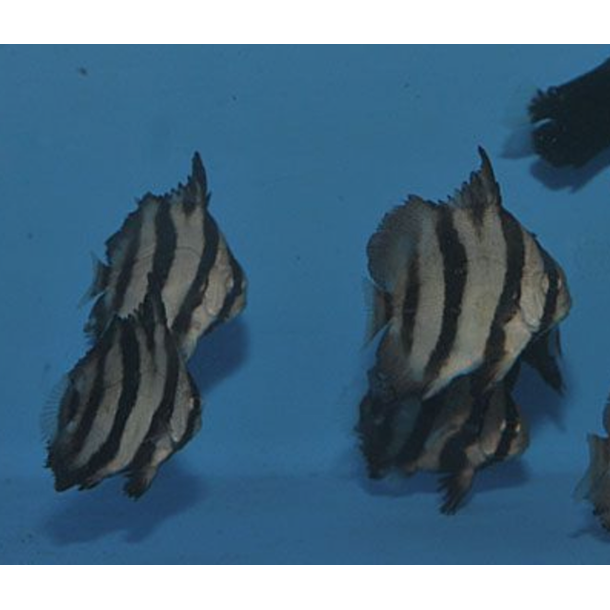 All of our livestock are only available for collection
Product Code: RNC-01134 Available To Order
Share it

Reward Points
You will earn 72 Points
Select option:
This Product is Available For Pre-order!

Atlantic Spadefish also known as the Spade Fish are found from the USA and northern Gulf of Mexico to Rio Grande do Sul, Brazil.

These fish form large groups till over 500 individuals and swim in coastal waters and mangroves. They're not shy and even swim in water so shallow they can't even swim upright. Their main food source are all kind of invertebrates like shrimps, snails, mussels, worms, jellyfish as well as plankton.