Please note: You are now making an order on behalf of a user.
Home > Marine Fish > Black and White Bannerfish 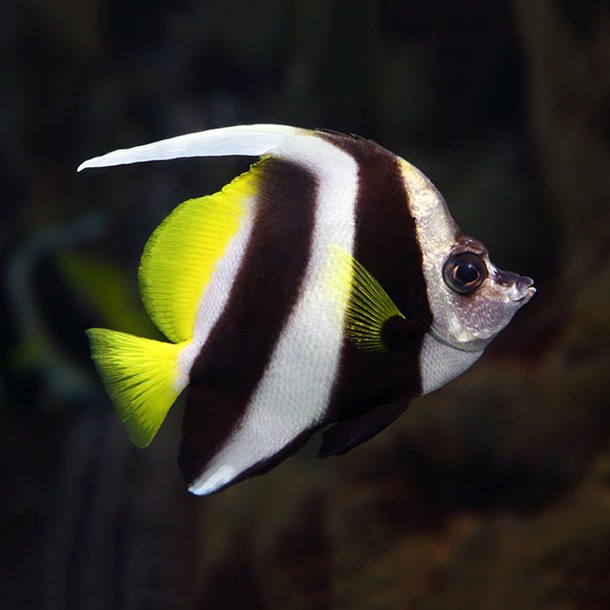 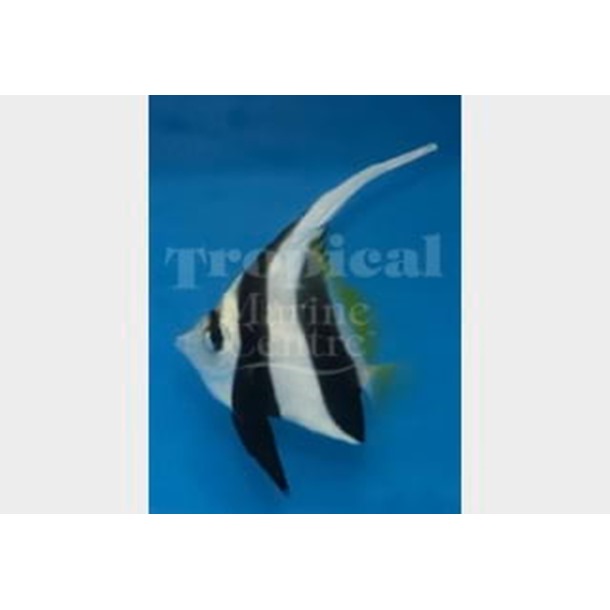 All of our livestock are only available for collection
Product Code: RNC-00708  In Stock
Share it

Reward Points
You will earn 38 Points
Select option:
Add to My Save List
Close

Black and White Bannerfish also known as the Longfin Bannerfish or Heniochus Butterflyfish are found around East Africa, Society Is, Arabian Gulf, Japan and the Lord Howe Islands.

The Black and White Bannerfish has a very elongated white dorsal filament. It has a base color of white with two wide black stripes. The soft dorsal and caudal fins are yellow, and there are black marks above the eyes.

Members of the Heniochus genera are often called Bannerfish instead of Butterflyfish.

The Black and White Bannerfish may reside in aquariums with other peaceful fish and others of the same species, if all are introduced into the tank at the same time. When swimming, the elongated white dorsal filament moves like a banner in the wind.

This species of Butterflyfish is not considered reef safe. It prefers a diet of small meaty foods and herbivore preparations. 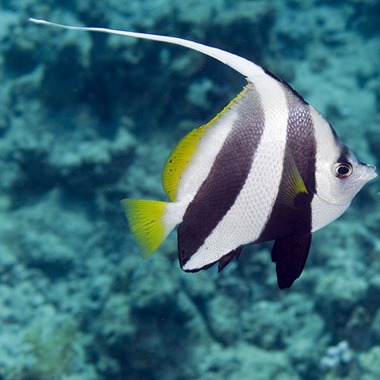