Please note: You are now making an order on behalf of a user.
Home > Marine Fish > Black Fin Fairy Wrasse 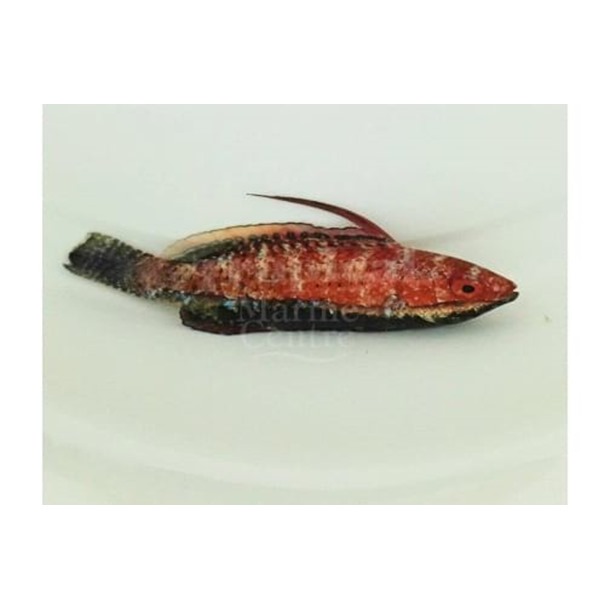 All of our livestock are only available for collection
Product Code: RNC-01840 Available To Order
Share it

The Black Fin Fairy Wrasse are banded in three colour horizontally with a bright red over its back, yellow in the middle and white belly. The most impressive feature on this wrasse is its large and broad black pectoral fins.

The Black Fin Fairy Wrasse is an ideal fish for the reef aquarium adding both bright colouration and activity to these aquariums. Wrasse of the genus Cirrhilabrus mix well together if they are introduced simultaneously to the tank, and are one of the best groups of fish for a reef tank setting.