Please note: You are now making an order on behalf of a user.
Home > Marine Fish > Black Foot Lionfish 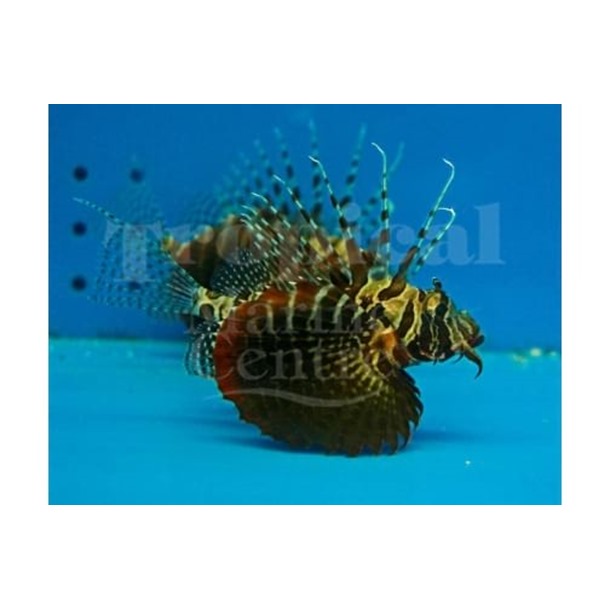 All of our livestock are only available for collection
Product Code: RNC-01458  Available To Order
Share it

Reward Points
You will earn 97 Points
Select option:
This Product is Available For Pre-order!

The Black Foot Lionfish has elongate upper caudal rays, they have beautiful blue broken bands on the inner surface of the pectoral fins. They can grow to a maximum length of 38 cm however, most specimens are much smaller than this and adults are often about 11 cm in length.

The Black Foot Lionfish should be housed in an aquarium with numerous hiding places. It will hide while acclimating to its new home, but then is generally found out in the open. It may eat smaller fish, shrimp, and other crustaceans in the tank.

When first introduced into the aquarium, live feeder shrimp should be used to entice this fish to eat. Its diet should include meaty foods such as live shrimp, fish, and occasionally crustacean flesh. Once fully settled into the aquarium, with some diligence and patience, Black Foot Lionfish can convert over to consuming a prepared diet consisting of chunks of fresh shrimp, fish, and pieces of squid.

The Black Foot Lionfish is Reef Safe with caution as they will prey on any small fish or crustaceans that will fit in to its mouth, however they will not harm any corals.