Please note: You are now making an order on behalf of a user.
Home > Marine Fish > Black Tail Tamarin Wrasse 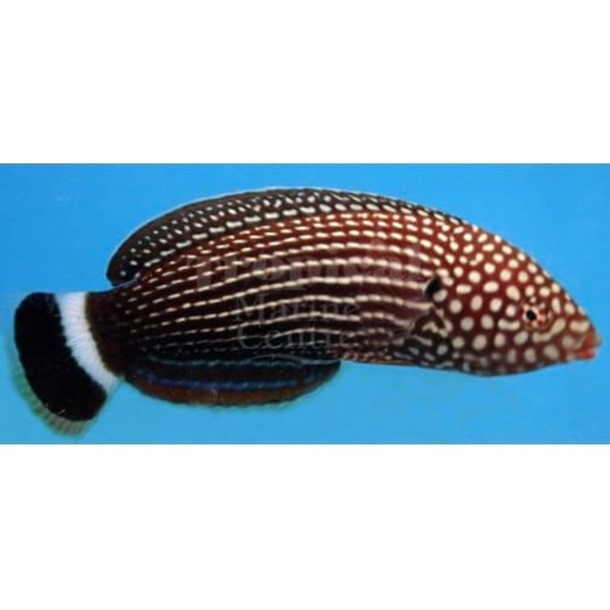 All of our livestock are only available for collection
Product Code: RNC-01713 Available To Order
Share it

Black Tail Tamarin Wrasse also known as the Lined Wrasse or Whitedashed Wrasse are found from the Red Sea south to Natal, South Africa and east to Bali, Indonesia.

It requires an aquarium with a 2 inch layer of live sand in which to bury itself. It is a jumper, so a secure lid on the aquarium is required.

The Black Tail Tamarin Wrasse may be very difficult to keep in an aquarium due to its feeding habits. When first introduced into the aquarium, live feeder shrimp should be used to entice this fish to eat. It eats very small invertebrates (amphiopods) that grow on live rock. The diet should also include live, small feeder shrimps (brine, mysid) and finely chopped marine meats.