Please note: You are now making an order on behalf of a user.
Home > Marine Fish > Blackline Fang Blenny 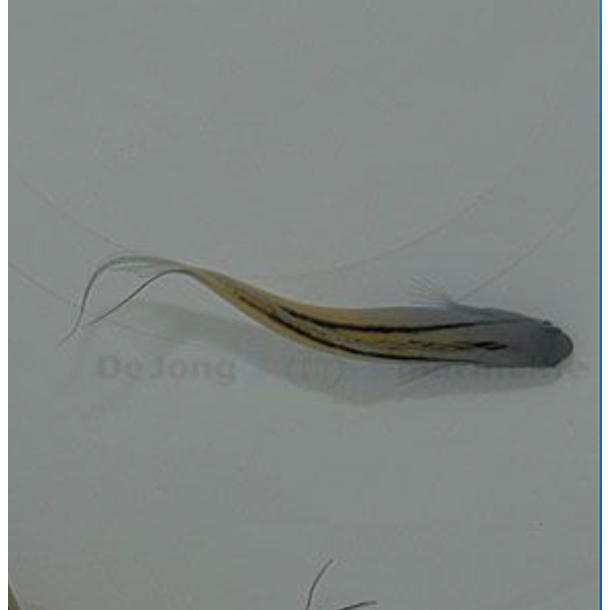 All of our livestock are only available for collection
Product Code: RNC-01639  Available To Order
Share it

Blackline Fang Blenny also known as the Beaver Blenny are found in the Red Sea and the Gulf of Aden.

The Blackline Fang Blenny are yellow and green in coloration with a series of black markings that follow the lateral line of the fish. All blennies within the Meicanthus genus have a venomous bite that they use as defense in case they are swallowed by a larger fish. By biting the inside of the mouth of the larger fish, they are then spit back out and spared their life. Lacking the venomous bite, the Red Sea Mimic Blenny (Ecsenius gravieri) has adapted to mimicking this species. This helps in its survival, as predatory fish typically pass them by. The Blackline Blenny is a peaceful fish and is a beautiful addition to any community aquarium.

Generally found amid crevices and rocks on the bottom of its environment, the Blackline Fang Blenny needs an aquarium of at least 10 gallons with scattered rocks for perching and hiding. They are generally peaceful in nature and are reef safe.

The diet of the Blackline Fang Blenny should include meaty items such as vitamin enriched brine and mysis shrimp, chopped pieces of fish and shrimp, and a quality flake food.