Please note: You are now making an order on behalf of a user.
Home > Marine Fish > Blackstripe Dottyback 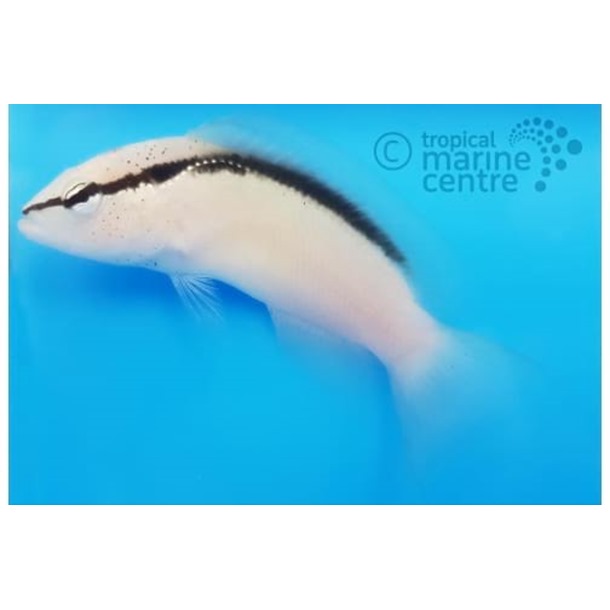 All of our livestock are only available for collection
Product Code: RNC-01178 Available To Order
Share it

The Blackstripe Dottyback is mostly white in colour with fine yellow lines on the body, and a black line running from the upper jaw,through the eye to the end of the dorsal fin. Some individuals show a yellow or pink tint in the belly area.

In the wild, the Blackstripe Dottyback is common to lagoon reefs, tide pools, as well as in coral crevices and fore-reef slopes, feeding heavily on small fishes, as well as large zooplankters and small benthic crustaceans. The Blackstripe Dottyback won't be intimidated by other fish and will defend its territory, even against fish two to three times its size. It will eat small ornamental shrimp. This species i one of the more aggressive Dottybacks and if therefore best kept in an aquarium with larger more aggressive fish species.

The diet consists of meaty foods including brine shrimp and prepared frozen foods.