Please note: You are now making an order on behalf of a user.
Home > Marine Fish > Blue Stripe Snapper 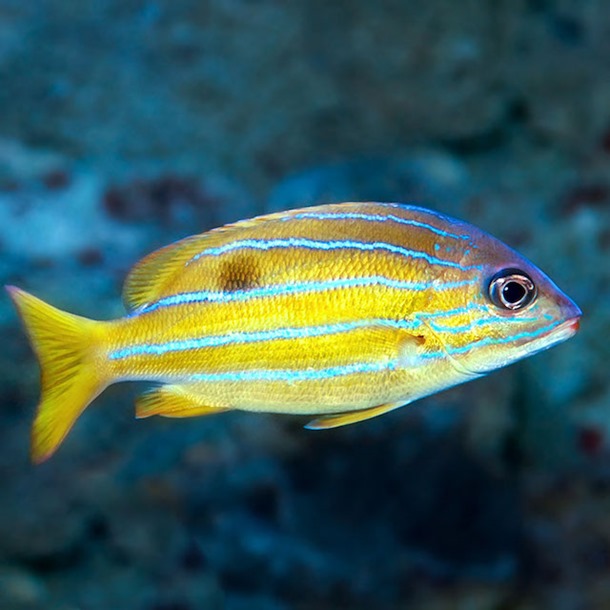 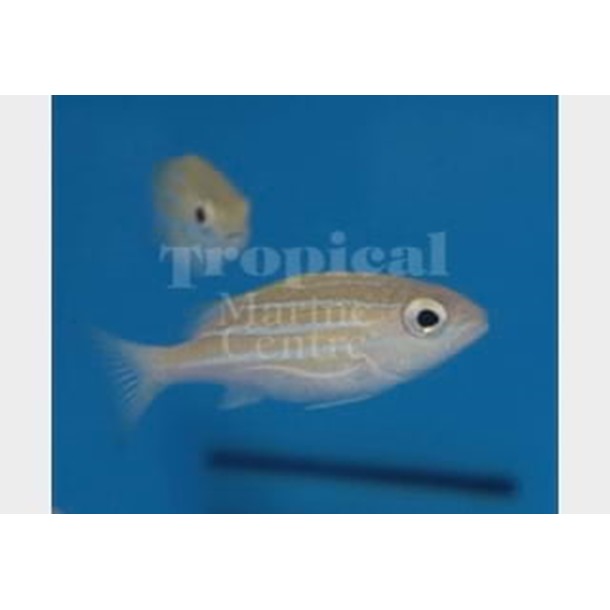 All of our livestock are only available for collection
Product Code: RNC-00745 Available To Order
Share it

Reward Points
You will earn 53 Points
Select option:
This Product is Available For Pre-order!

Blue Stripe Snapper also known as the Blue Lined Snapper are found in the Red Sea, Marquesas, Japan and the Lord Howe Islands.

The Blue Stripe Snapper make a hardy and rewarding edition to a fish only aquarium. The Blue Stripe Snapper's body is moderately deep in profile, with a distinctly steeply-sloped head. The back and sides of the fish are bright yellow, while the underside fades to white, presumably as camouflage to disappear against the bright ocean surface when viewed from below. Four bright-blue stripes run lengthwise across the side of the fish, with several faint greyish stripes on the lowermost part of sides.