Please note: You are now making an order on behalf of a user.
Home > Marine Fish > Broomtail Maori Wrasse 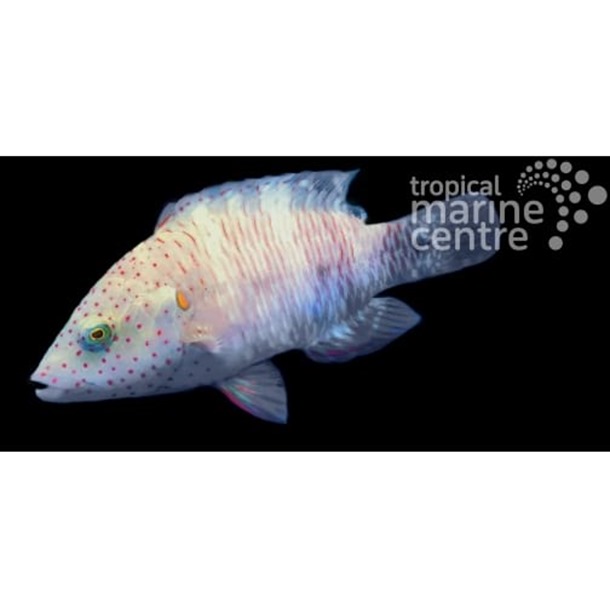 All of our livestock are only available for collection
Product Code: RNC-01816 Available To Order
Share it

Reward Points
You will earn 222 Points
Select option:
This Product is Available For Pre-order!

Broomtail Maori Wrasse are found from the Red Sea to the Gulf of Oman.

The Broomtail Maori Wrasse are an emerald green in colour fading into dark blue towards the caudial fin. The face is covred in bright pink spots and a yellow marking on the operculum.

While the Broomtail Maori Wrasse can grow rather large, they are generally a shy species and should only be housed in an appropriately large aquarium with other non-aggressive fishes to avoid being bullied. They are known to move sand around in search of food and will eat hard shell inverts and sometimes small fish.

The Broomtail Maori Wrasse is commonly found roaming alone in lagoons and inner reefs, along reef edges and rubble piles, and can often be seen resting on the sea bed. Feed a prepared plankton diet to mimic their common natural diet.