Please note: You are now making an order on behalf of a user.
Home > Marine Fish > Dejong Gramma 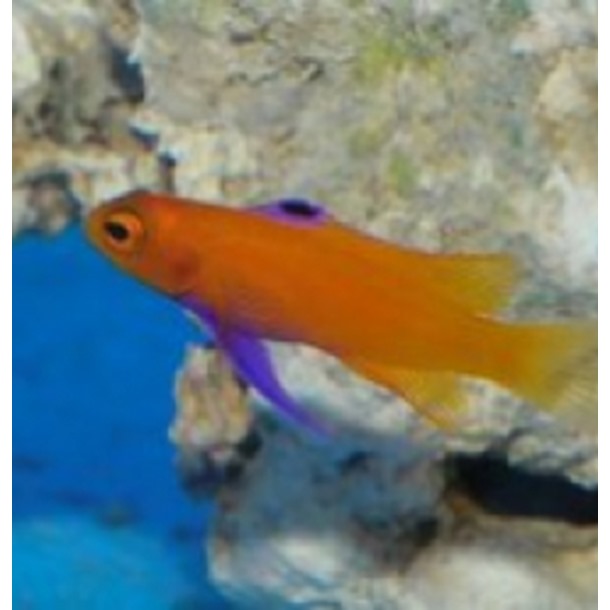 All of our livestock are only available for collection
Product Code: RNC-01175 Available To Order
Share it

Reward Points
You will earn 835 Points
This Product is Available For Pre-order!

Dejong Gramma also known as the Dejong's Basslet or Golden Fairy basslet are endemic to Cuba.

These fish like the safety of a cave or other hiding spots around the shallow reefs and they can often be observed upside-down under a ledge. In nature a territory is formed in such caves with 1 to a few individuals.  In a small aquarium it is best to only house one Gramma, but if the tank is large enough you can try to house a group. Best buy them small and in different sizes to have the smallest change of quibbling among the group.

These fish are planktivores, so make sure to feed them multiple times a day a varied diet of small meaty live and frozen foods like copepods and brine shrimp. Once they're settled in your aquarium they should usually start eating high quality flakes and pellets as well.