Please note: You are now making an order on behalf of a user.
Home > Marine Fish > Diamond Tail Flasher Wrasse 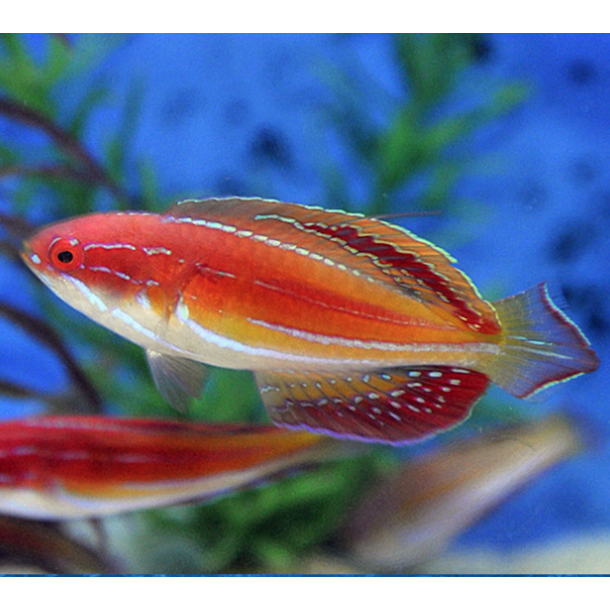 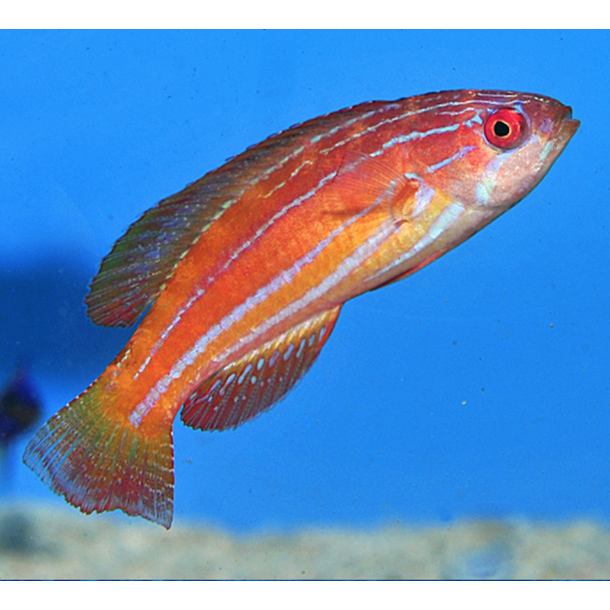 All of our livestock are only available for collection
Product Code: RNC-01787 Available To Order
Share it

Reward Points
You will earn 89 Points
Select option:
This Product is Available For Pre-order!

The Diamond Tail Flasher Wrasse is an attractive reef-safe wrasse sure to steal the spotlight in any aquarium. This hardy wrasse species adapts well to established home aquariums, making it a beautiful and active addition.

The Diamond Tail Flasher Wrasse requires an established 55 gallon (or larger) aquarium with a tight-fitting lid since it is a jumper. In the wild, the Diamond Tail Flasher Wrasse are often found along reef slopes and rubble zones where they swim near the bottom and forming small groups in which the male swims back and forth between groups of females. The colors of an adult male intensifies during courtship and he may flare or "flash" his fins to attract females. We recommend only one male per aquarium display.

The diet of the Diamond Tail Flasher Wrasse should include vitamin enriched frozen mysis shrimp, brine shrimp, and other meaty foods along with a high quality marine flake and marine pellet food.