Please note: You are now making an order on behalf of a user.
Home > Marine Fish > Double Saddle Butterflyfish 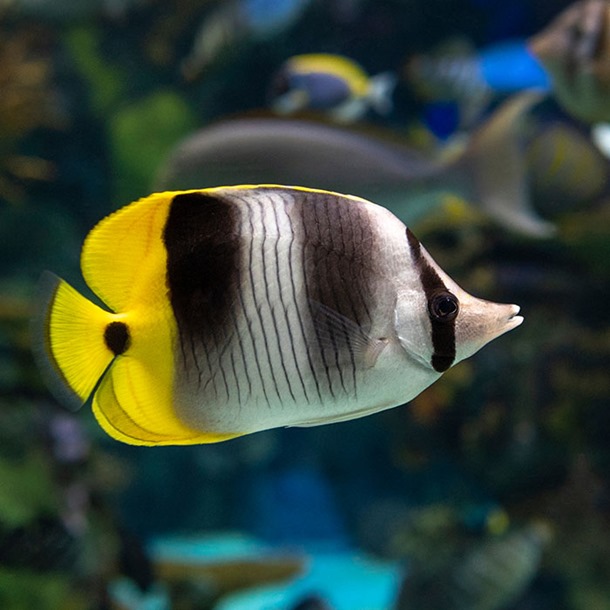 All of our livestock are only available for collection
Product Code: RNC-00697  Available To Order
Share it

Reward Points
You will earn 42 Points
Select option:
This Product is Available For Pre-order!

The Double Saddle Butterflyfish is white with thin, vertical black lines across the body. The posterior portion of the body is yellow with a black spot on the tail. It also has two black patches on the dorsal of the body and a black eye band.

An aquarium with other butterflyfish, hiding places, and plenty of space to swim is a good environment. It is not an acceptable addition to a reef tank since it will eat mushroom corals, anemones, and stony corals.

The diet for the Double Saddle Butterflyfish should consist of chopped meaty items and algae.