Please note: You are now making an order on behalf of a user.
Home > Marine Fish > Eastern Hulafish 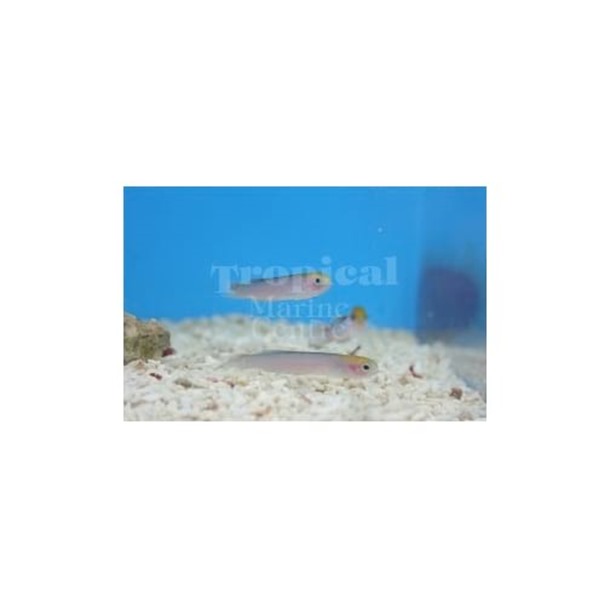 All of our livestock are only available for collection
Product Code: RNC-01201 Available To Order
Share it

The Eastern Hulafish is a sub-tropical species that are very colourful fish with a black stripe running down the middle of their elongate body from the operculum towards the tail.  They are red and yellow above the black stripe and their ventral portion is white.  Some have iridescent blue scales on the face.  As they age, their caudal fin grows into a spade shape, with the males having more exaggerated filaments.

When kept in groups these fish exhibit a unique swimming behaviour at an angle which resembles hula dancers.  They feed on small food items such as copepods, artemia, small pellets and flake.  They are peaceful fishes that do not harass other species.

They also enjoy the company of their own species so keeping them in groups of around 4 or more individuals is highly recommended.

Eastern Hulafish are extremely fast swimmers and are prone to jumping out aquariums so is important that their tank be kept covered.

As the Eastern Hulafish is native to Southern Australia where the water temperatures average 19℃ they can exhibit distress in water over 26℃, so care should be taken to ensure their aquarium temperature always remains below 26℃.