Please note: You are now making an order on behalf of a user.
Home > Marine Fish > Eight Lined Wrasse 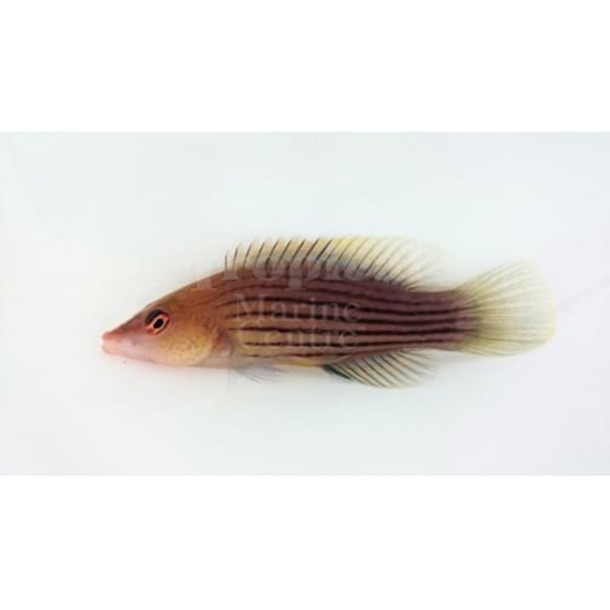 All of our livestock are only available for collection
Product Code: RNC-01760 Available To Order
Share it

Eight Lined Wrasse also known as the Eight Line Pyjama Wrasse, Eightstripe Wrasse or Eight Line Wrasse are found from East Africa to the Hawaiian and Ducie islands, north to the Yaeyama Island.

The Eight Lined Wrasse as its name implies, it has eight, horizontal red stripes on a striking orange body. Its fins and tail are intricately detailed.

A 55 gallon or larger aquarium equipped with plenty of rocks for hiding among and live rock to graze from is ideal. The Eight Lined Wrasse is very aggressive towards other Wrasses and best kept singly. If it is to be housed in an aggressive community tank, it should be introduced first. It will do well with larger fish that can defend themselves. It is harmless to corals where it loves to hide, but will eat shrimp, crabs, and other small crustaceans, snails, urchins, and bristleworms.