Please note: You are now making an order on behalf of a user.
Home > Marine Fish > Emperor Angel Fish 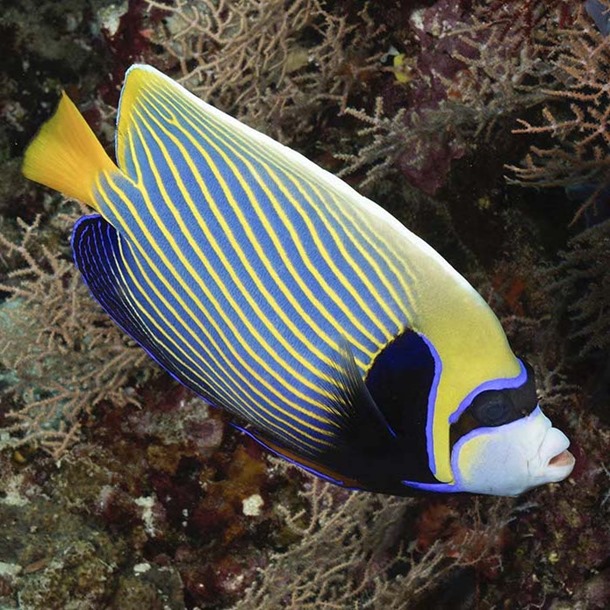 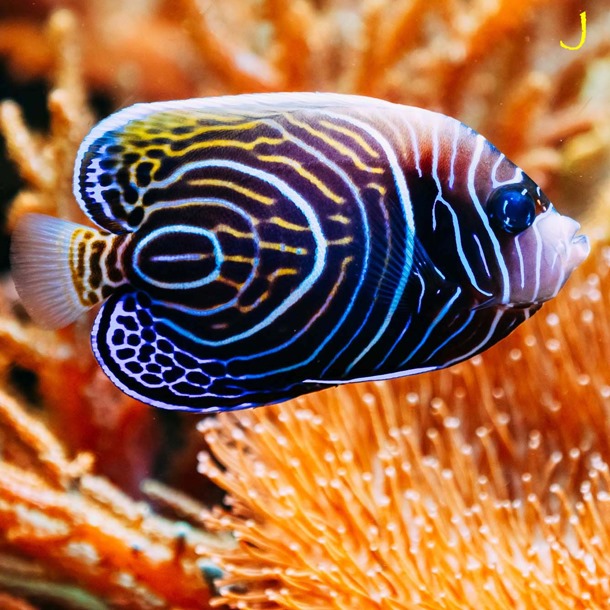 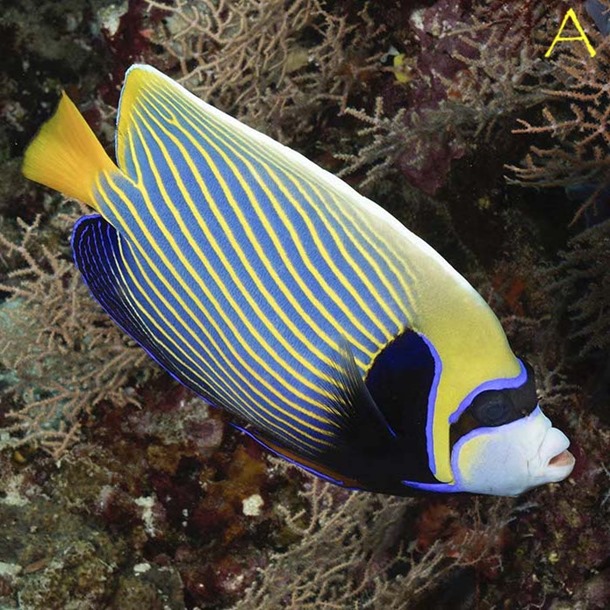 All of our livestock are only available for collection
Product Code: RNC-0090 In Stock
Share it

Reward Points
You will earn 60 Points
Select option:
Add to My Save List
Close

The juvenile is black with circular white and blue stripes starting at the tail. The changing angel fish will vary in coloration and pattern as it transforms from juvenile to the adult coloration.

The adult Emperor Angel Fish has a bold, blue body covered with bright yellow horizontal stripes culminating in a bright yellow to orange caudal fin. A striking blue-black mask covers the eyes and a similarly-colored vertical band extends from the pectoral fin two-thirds of the way up the body. This band is highlighted in a sapphire-blue in front, and bright yellow, caudally fin. Emperor Angel Fish collected around Mauritius have a uniquly Orange Tail rather than the yellow found in most Emperor Angels.

The Emperor Angel Fish require a larger aquarium with live rock for grazing and hiding. They also require extensive rockwork and deep caves to feel secure. It may nip at stony and soft corals and clam mantles, but may be kept with small-polyped stony corals and somewhat noxious soft corals.

It should be fed a diet of marine algae, mysis or frozen shrimp, and chopped meaty foods.