Please note: You are now making an order on behalf of a user.
Home > Marine Fish > Emperor Damsel 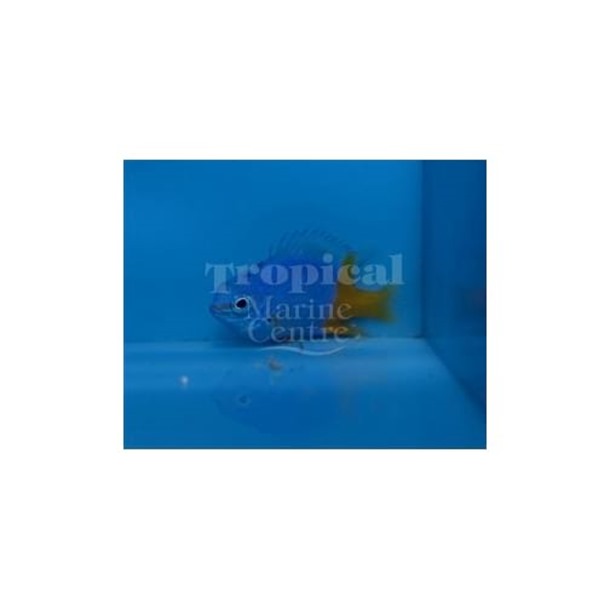 All of our livestock are only available for collection
Product Code: RNC-01269 Available To Order
Share it

Emperor Damsel also known as the Arnaz's Damselfish or Arnazae Damsel are found from Indonesia and Papua New Guinea.

The Emperor Damsel is extremely hardy and gorgeously coloured. This is partly because its jewel-blue body is contrasted by an energizing yellow tail. This colour combination looks stunning against any backdrop of corals and live rock. But what pleases aquarists most is that the Emperor Damsel is less aggressive and does not need as large of an aquarium as other Damsels.

This species prefers multiple hiding places and peaceful tankmates. Though most Emperor Damsel will ignore other fish, invertebrates, or corals, some may be territorial towards its own kind or similar-sized fish. The Emperor Damsel is best kept in small groups of odd numbered fish in suitably sized systems.

The Emperor Damsel feeds on zooplankton and algae in the aquarium. For best care, it should also be fed a varied diet of meaty foods, such as mysis and vitamin-enriched shrimp. It is best to feed several small meals throughout the day.