Please note: You are now making an order on behalf of a user.
Home > Marine Fish > Exquisite Firefish 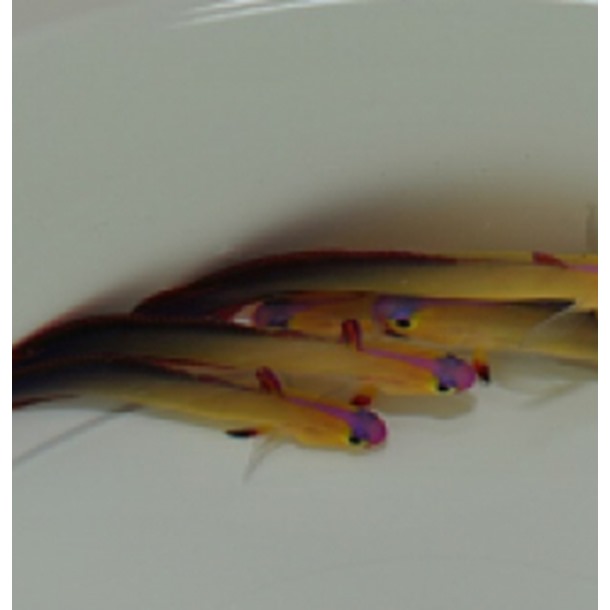 All of our livestock are only available for collection
Product Code: RNC-00835 Available To Order
Share it

Reward Points
You will earn 56 Points
This Product is Available For Pre-order!

Exquisite Firefish also known as the purple dartfish or exquisite dartfish are found from Mauritius, KwaZulu-Natal, southern Mozambique, Red Sea to the Thai coast of the Andaman Sea, and the Andaman Islands.

They requires an aquarium with plenty of loose coral rubble as part of the aquascape, and a tight-fitting mesh lid to prevent it from jumping out of the tank. It will rarely become aggressive towards other fish, but is territorial, and will fight with its own kind unless they are a mated pair.

The Exquisite Firefish will feed mostly on prey suspended in the water column, but will pick food off the substrate. Its varied diet should consist of enriched mysis shrimp, enriched brine shrimp, chopped or shaved seafood, and frozen food preparations for carnivores. The vibrant colouring may fade under intense illumination and if the diet is not fortified with vitamin supplements.