Please note: You are now making an order on behalf of a user.
Home > Marine Fish > Fan Tail Filefish 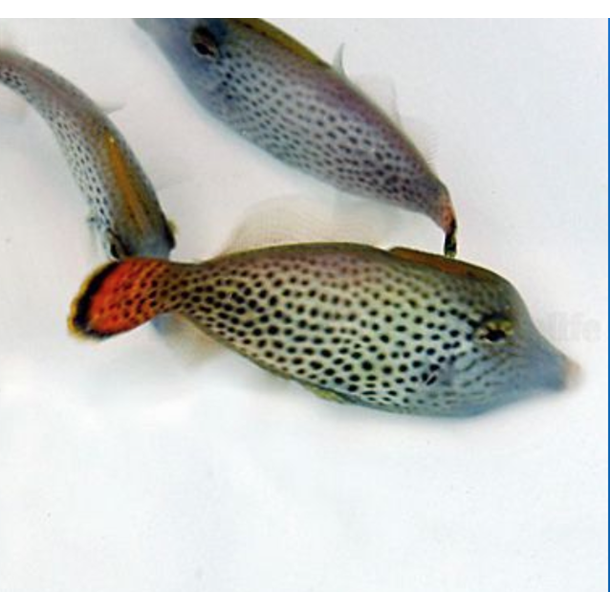 All of our livestock are only available for collection
Product Code: RNC-01375 Available To Order
Share it

The Fan Tail Filefish is brown and silver with an impressive orange, black, and yellow tail fin.

It is rarely aggressive toward other fish except those of its own genus, and is best suited for an aquarium that does not have invertebrates.