Please note: You are now making an order on behalf of a user.
Home > Marine Fish > Filamented Flasher Wrasse 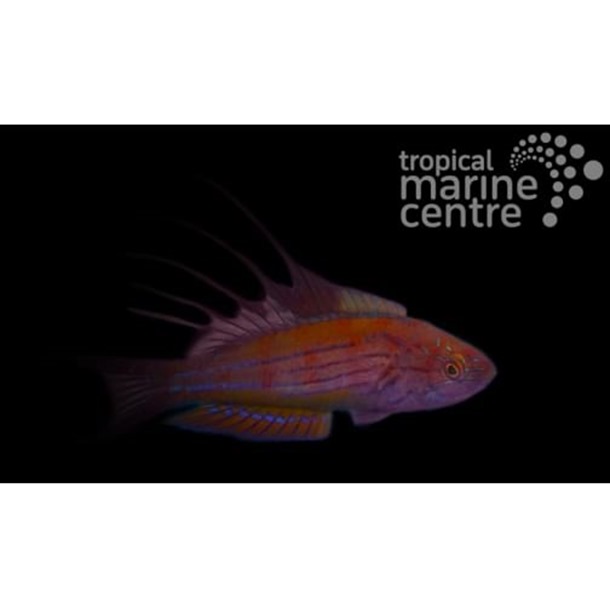 All of our livestock are only available for collection
Product Code: RNC-01798 Available To Order
Share it

The Filamented Flasher Wrasse, also known as the Whip-fin Fairy Wrasse, originates from the waters of the Indo-Pacific. The Filamented Flasher Wrasse is primarily red in colour with a white underside. The fins are yellow with blue markings, and the dorsal fin is elongated. The colour of the female is subdued when comparing it to the brilliance of the male. The male during courting will change colours very rapidly giving it its common name. Colours may vary depending on the fish's mood.

The Filamented Flasher Wrasse is a very peaceful, active fish that will bring both colour and activity to a fish-only or reef aquarium of 55 gallons or larger. They will not bother any corals or invertebrates making them a perfect fish for the reef aquarium. A single male can be kept with a group of females that is introduced prior to or at the same time as the male. These wrasses like to jump, so a tight fitting canopy is recommended.

When first introduced into the aquarium, live feeder shrimp should be used to entice this fish to eat. Meals should consist of a variety of feeder shrimp, flaked foods, and marine meats.