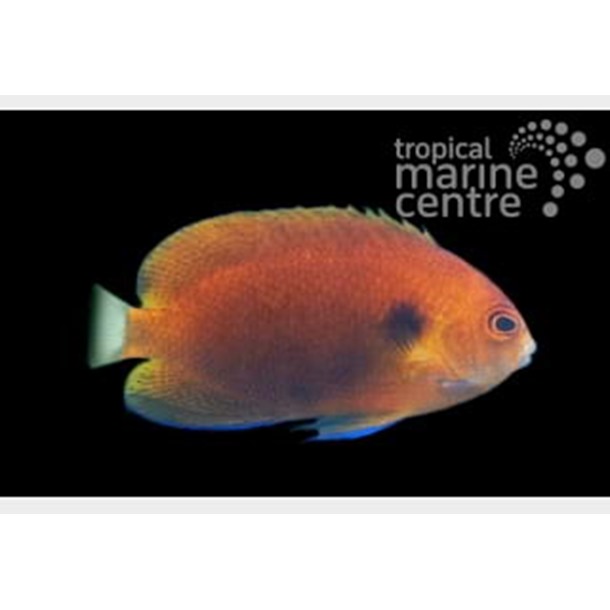 All of our livestock are only available for collection
Product Code: RNC-00457  Available To Order
Share it

Reward Points
You will earn 69 Points
Select option:
This Product is Available For Pre-order!

Fisher's Pygmy Dwarf Angel Fish also known as the Orange Angel or Yellow Tail Angel is only found around Hawaii and the Johnston Atoll.

An  aquarium with lots of hiding places and live rock for grazing will offer an environment in which to thrive. It should be the only dwarf angel in the tank. Llike most angels the Fisher's Angel Fish may nip at stony and soft corals and clam mantles.

It will also graze on diatoms on the tank surface.

It is hermaphroditic and has no distinguishable differences in color between male to female.

The diet of the Fisher's Angel Fish should include marine algae, mysis or frozen shrimp, and chopped meaty foods.