Please note: You are now making an order on behalf of a user.
Home > Marine Fish > Flame Dwarf Angel Fish 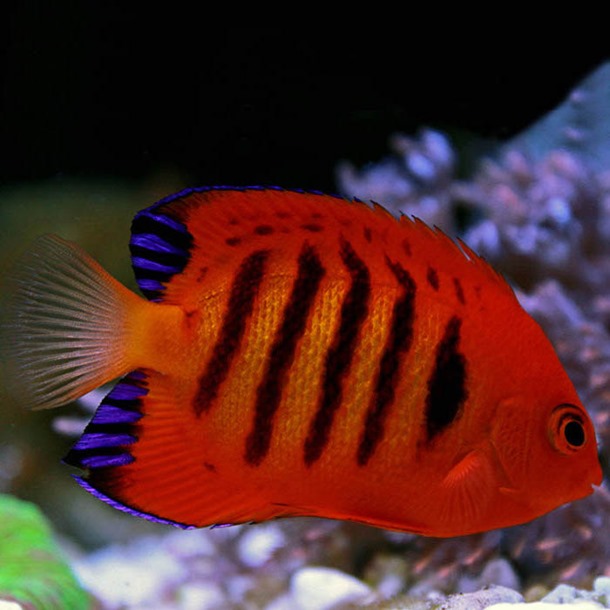 All of our livestock are only available for collection
Product Code: RNC-00458  Available To Order
Share it

Reward Points
You will earn 207 Points
Select option:
This Product is Available For Pre-order!

The Flame Angelfish is hermaphroditic, very difficult to breed in an aquarium, and has no distinguishable differences in color between male to female.

The diet of the Flame Angelfish should consist of marine algae, mysis or frozen shrimp, and chopped meaty foods.

The Flame Angel is very sensitive to elevated levels of copper, and should never be exposed to levels near or above 0.15 ppm.