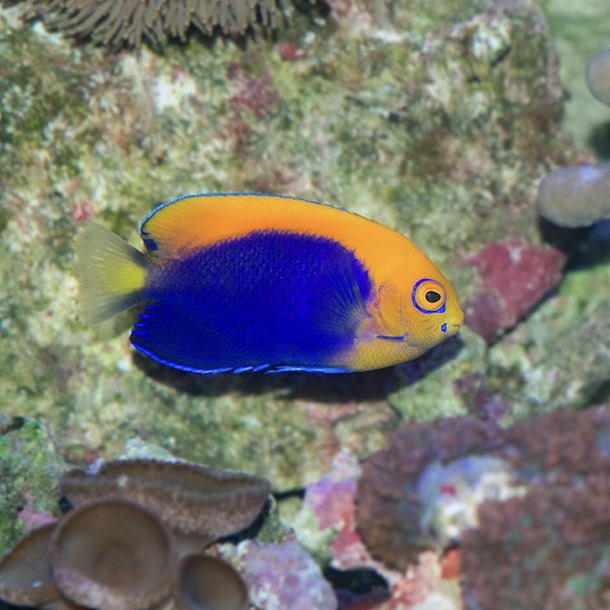 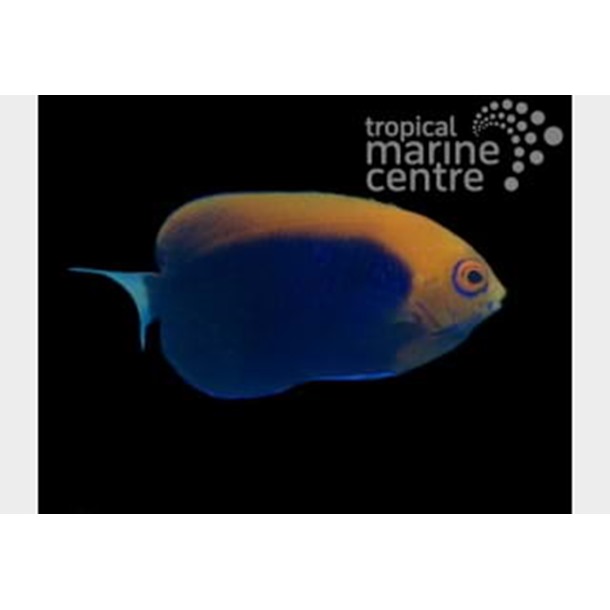 All of our livestock are only available for collection
Product Code: RNC-00460 In Stock
Share it

Reward Points
You will earn 54 Points
Select option:
Add to My Save List
Close

Flamball Pygmy Dwarf Angel Fish has striking contrasts of blue and orange-yellow colors. While the body is predominately blue, there is a broad and bright orange to yellow swatch from the head along the back to the tip of the dorsal fin. The caudal fin is yellow and somewhat transparent, which distinguishes it from the Flameback Angel Fish (C. aurantonotus).

The Flameball Dwarf Angel Fish requires an aquarium with lots of hiding places and live rock for grazing.

On occasion, this fish may nip at SPS and some species of polyp corals in the reef aquarium.

The diet of the Flameball Dwarf Angel Fish should include marine algaes, mysis or frozen shrimp, and chopped meaty foods.