Please note: You are now making an order on behalf of a user.
Home > Marine Fish > Flashlight Fish 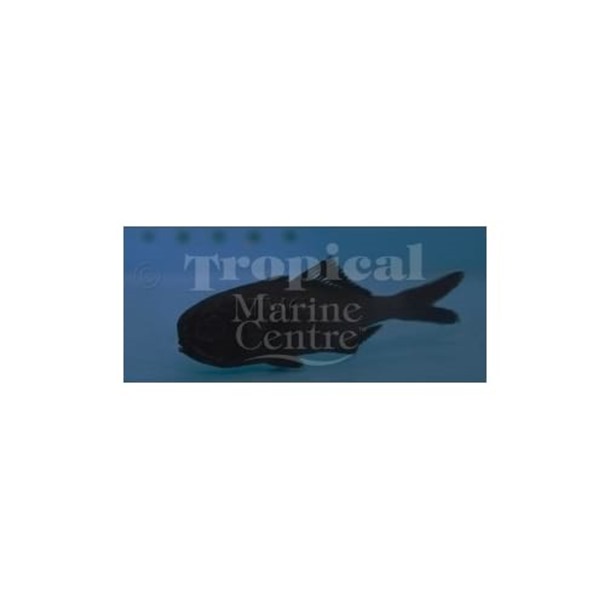 All of our livestock are only available for collection
Product Code: RNC-01410 Available To Order
Share it

Reward Points
You will earn 113 Points
Select option:
This Product is Available For Pre-order!

The Flashlight Fish is recognized by having a black body with a blue hue to its dorsal and caudal fins. It has what appears to be a glowing smile due to the bioluminescent bacteria that inhabit the light organs found just below each eye.

These symbiotic bacteria are responsible for its glow, which is usually white but occasionally blue or yellow depending on the mood of the fish. These fish have an amazing ability to rotate the light organ within its socket in order to turn the light on and off. The light organ is used in several ways. The most common use is to communicate among themselves by increasing the frequency of the blink. Another use is in the form of defense, turning the light on, and then quickly off while darting away from a predator. The last use for their light is to attract food in the form of plankton as these tiny crustaceans are normally attracted to light.

Flashlight Fish make an unforgettable display in the aquarium. One interesting fact about this species is that in certain locales around the world, skippers follow schools of Flashlight Fish in order to safely navigate through reef passes at night.

This nocturnal fish is well suited for the specialized aquarium that contains other nocturnal fish such as similar sized Pinecone fish, Squirrelfish, Big Eyes and Cardinalfish. A low light tank or a tank with numerous hiding places is ideal. A small group of these fish work best, as they usually will adjust more quickly and take food easier when they are maintained together. Rarely aggressive among themselves or to other fish in the aquarium, this species fares best with very passive tank mates.

The Flashlight Fish should be fed a diet of live Brineshrimp, Mysis and Feeder shrimp.

These fish are extremely sensitive to copper sulfate and should never be exposed to this medication.