Please note: You are now making an order on behalf of a user.
Home > Marine Fish > Four Eyed Butterflyfish 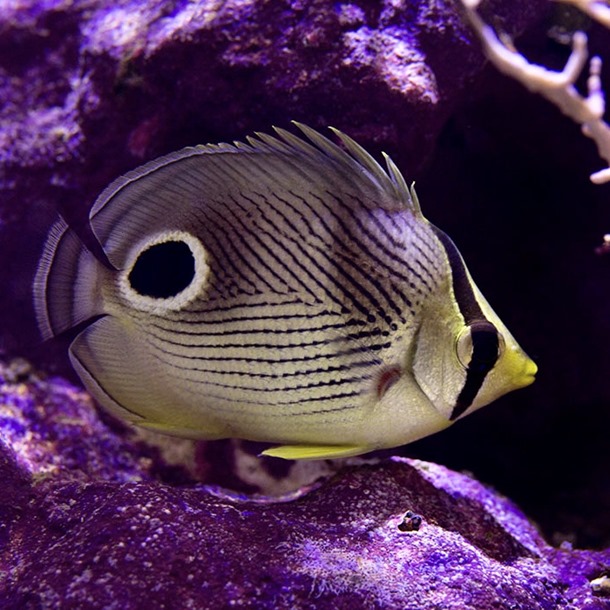 All of our livestock are only available for collection
Product Code: RNC-00701 Available To Order
Share it

The Four Eyed Butterflyfish is a beautiful but delicate member of the Butterflyfish family. Two namesake false eyespots on either base of the caudal fin help not only to add to this fish's beauty, but to also misdirect predators. Iridescent stripes cover the creamy-white body, running off of the center of the fish, with a vibrant yellow outline accenting the outer edge of the body.

The Four Eyed Butterflyfish is a peaceful fish and should be housed with other peaceful tankmates. It is possible to keep a male-female pair, but members of the same sex may fight.

It is not suitable for the reef aquarium, as it enjoys eating stony corals and gorgonian polyps.

The Four Eyed Butterflyfish is a carnivore that can be difficult to feed, especially in the beginning. To entice eating, offer live vitamin-enriched brine shrimp, clam, and mashed squid or shrimp. Once eating regularly, offer mysis shrimp and frozen carnivore preparations.