Please note: You are now making an order on behalf of a user.
Home > Marine Fish > Four Lined Wrasse 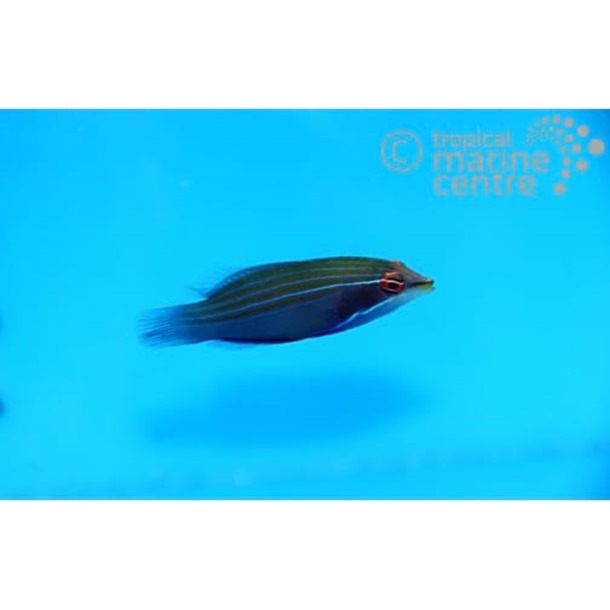 All of our livestock are only available for collection
Product Code: RNC-01761 Available To Order
Share it

Four Lined Wrasse also known as the Hawaiian Pyjama Wrasse or Four Line Wrasse are found from Japan to the Hawaiian and Tuamoto islands, south to the Austral Islands.

The Four Lined Wrasse is an active swimmer with a spectrum of beautiful colours. This very ornate wrasse sports four bright blue horizontal lines overlaid against a green body with yellow to orange color between the bright blue stripes. This member of the Labridae family brings an interesting mix of colours to any marine reef aquarium. Another alluring trait of this gorgeous little wrasse is its red eyes with continuing whiteish blue stripe that runs through and connects to the body stripes. When courting, a male Four Lined Wrasse displays colouration of even greater intensity.

Also known as the Four Lined Wrasse actively forages amongst corals and rocks for food. As such, you can expect to observe this reef dweller patrolling the lower regions of your aquarium darting and foraging for food amongst the rockwork, around the base of your corals, as well as near the substrate.

Though generally peaceful, the Four Lined Wrasse may act aggressively towards, conspecifics, peaceful Wrasses and other easily-intimidated fish, especially if inadequately fed or if its habitat is void of places in which it can hide. Unless kept in a very larger system with ample rockwork, it is best to keep only one Four Line Wrasse per aquarium. Depending on the individual, the Four Lined Wrasse may pay unwanted attention to ornamental shrimp and crabs.