Please note: You are now making an order on behalf of a user.
Home > Marine Fish > Golden Trevally 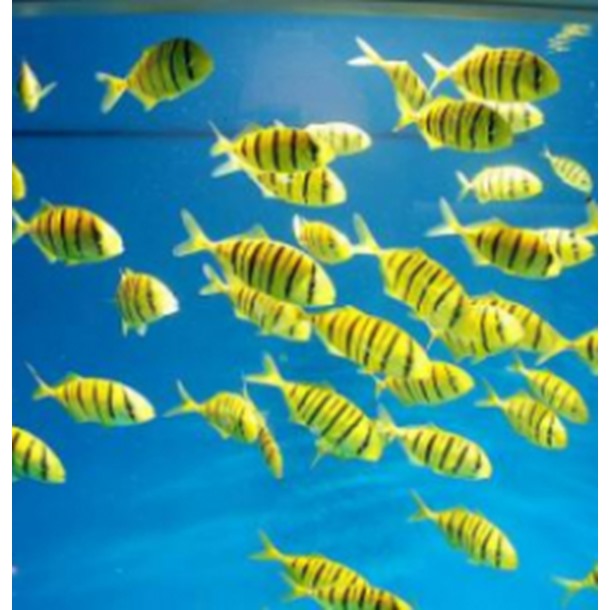 All of our livestock are only available for collection
Product Code: RNC-00743 Available To Order
Share it

Golden Trevally also known as the Golden Jack or Pilot Fish are found in the Red Sea, Panama, Ryukyu, Hawaii and New Caledonia.

The Golden Trevally is only suitable for the largest of aquariums, with plenty of open swimming space.

As juveniles these fish are yellow with several dark bars on the head and body. As they mature this gradually fades into a silvery grey colour.

Keeping more than one in the aquarium will allow them to school, they will also escort larger fish especially sharks.

They are not reef safe as they will eat any smaller fish or invertebrates.

Golden Trevally are a very hardy species that will feed on most aquariums foods, especially meaty foods.