Please note: You are now making an order on behalf of a user.
Home > Marine Fish > Harlequin Tuskfish 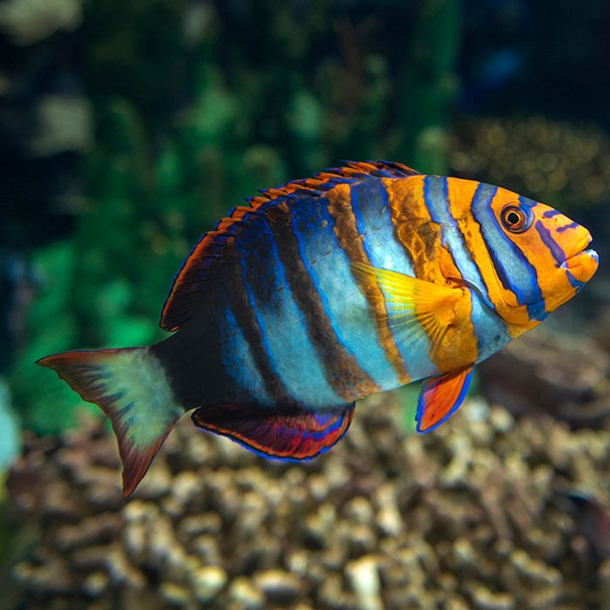 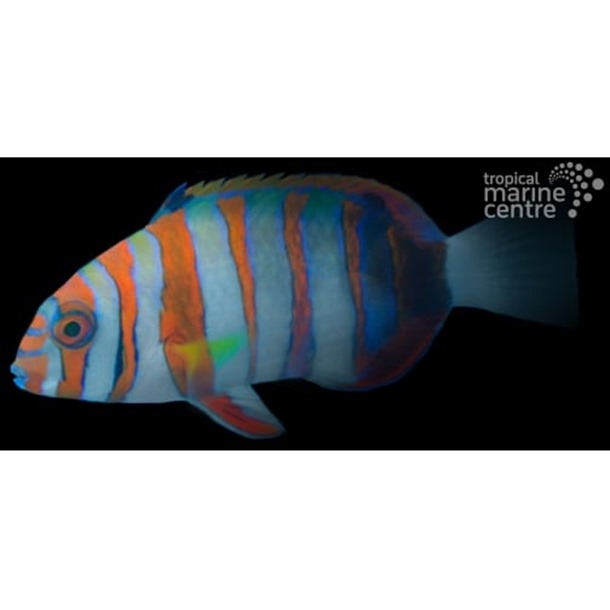 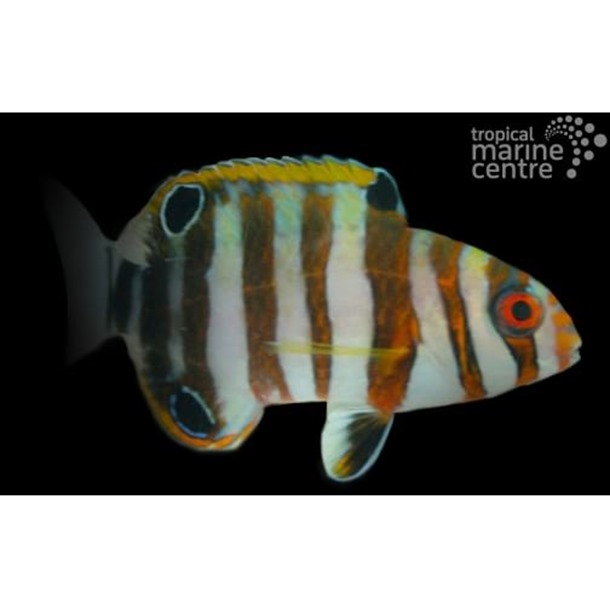 All of our livestock are only available for collection
Product Code: RNC-01819 In Stock
Share it

Reward Points
You will earn 235 Points
Select option:
Add to My Save List
Close

Harlequin Tuskfish are found from Ryukyus to Taiwan, then from New Caledonia to Queensland, Australia.

The Harlequin Tusk originates from the reefs of the Indian Ocean and Australia. Indian Ocean Tusks have orange stripes with white margins and a hint of blue adjacent to the tail of the fish. Australian Tusks have orange stripes with vivid blue margins starting from the pectoral fin, along the fishes back to their tail. Both of these beautiful colour forms have bright blue teeth or tusks used to crunch invertebrates. These fish are typically shy when at a small size, but will in time gain personality and confidence as they mature.

A 125 gallon or larger aquarium with plenty of live rock for hiding places and moderately aggressive, active fish such as Angels, Tangs, and smaller Triggers is an acceptable environment. Keep only one specimen per tank. Although they will not bother corals, they may eat any small crustacean such as snails or crabs.