Please note: You are now making an order on behalf of a user.
Home > Marine Fish > Honeycomb Filefish 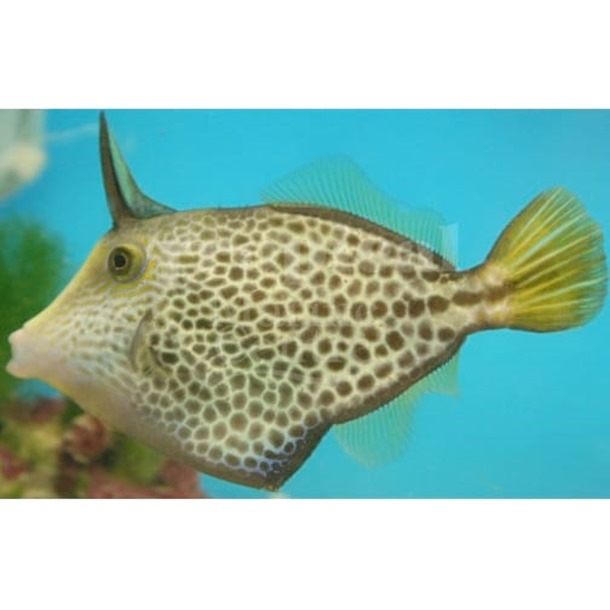 All of our livestock are only available for collection
Product Code: RNC-01376 Available To Order
Share it

Honeycomb Filefish are found in the Red Sea south to South Africa and east to southern Japan and southeastern Oceania. The Gulf of Guinea, Annobon Islands, south coast of Africa.

The Honeycomb Filefish, is a medium-sized filefish. The body is mainly grey to brown with honeycomb like spots on it. At the end of the dorsal fin, just in front of the caudal fin they've a white spot. Their fins are usually yellowish transparant.

Remember this fish isn't reef safe! It feeds on all kind of benthic organisms but it's also known for nipping on corals from time to time. Although this is a quite shy fish, it can be agressive to other fishes, especially other Tetraodontoformes, so make sure you pick the other fishes with care!